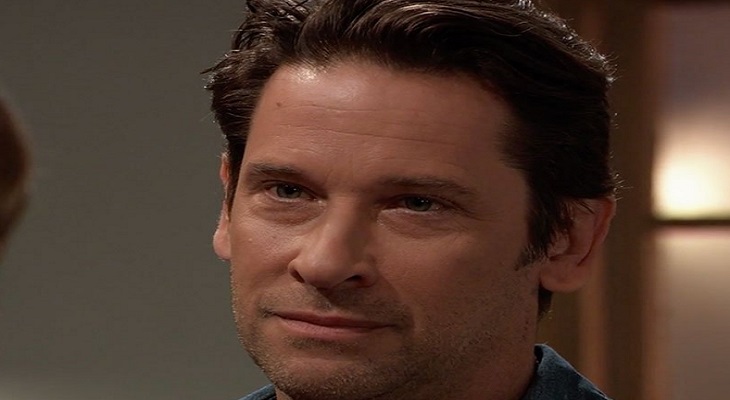 General Hospital (GH) spoilers for Thursday, September 27, 2018 reveal a lot of surprise meetings, shocking celebrations, propositions and mysterious requests. Thursday’s episode is one GH fans will not want to miss!

GH sources indicate Lucy Coe (Lynn Herring) appears to be up to her old schemes again when she meets with Mac Scorpio (John J. York) at the Floating Rib and reassures him that this is simply a get together between old friends. Will Mac figure out what she is really up to with him, his wife, Felicia (Kristina Wagner) and Dr. Kevin Collins (Jon Lindstrom)?

Meanwhile, Lulu Falconeri (Emme Rylan) meets with a mysterious person, thanking them for meeting her. What is she busy digging up this time?General Hospital’s Franco Baldwin (Roger Howarth) smiles as he sits with Ava Jerome (Maura West) at Charlie’s Pub; they clink glasses as they toast to “happy endings”.

Is Franco celebrating the end of her relationship with Dr. Griffin Munro (Matt Cohen), completely unaware of how livid she is with her daughter, Kiki (Hayley Erin)?At GH, Maxie Jones (Kirsten Storms) tells Griffin that she has a proposition for him, right in front of Kiki; who doesn’t seem very impressed with the situation.

PCPD Detective Harrison Chase (Josh Swickard) visits Anna Devane (Finola Hughes) and informs her and his brother, Dr. Hamilton Finn (Michael Easton) that the WSB has a lead on Liesl Obrecht (Kathleen Gati). Peter August (Wes Ramsey) finds Dr. Kevin Collins aka Ryan Chamberlain and tells him that he needs his help. Will he help him?

Be sure tune into ABC’s General Hospital (GH) on Thursday, September 27, 2018 to catch up on all these exciting stories and so much more. Check Hollywood Hiccups often for updates, news, rumors and spoilers!