90 Day Fiance Spoilers: Did Colt And Larissa Get Married? 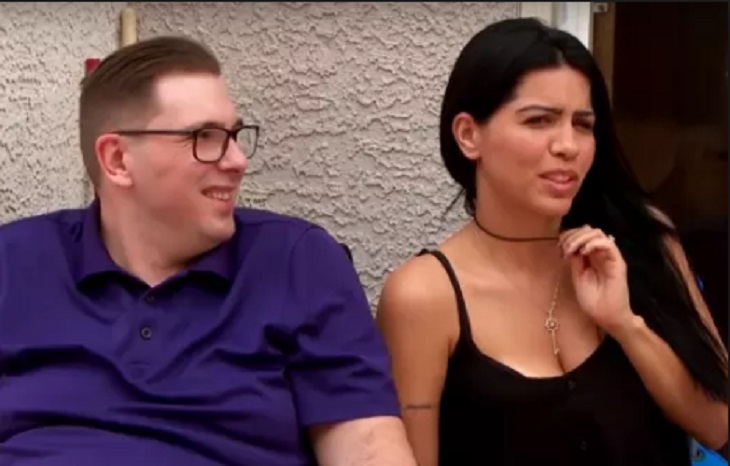 90 Day Fiance spoilers indicate that this couple might have gotten secretly married. In fact, new spoilers say that Colt and Larissa might have tied the knot without telling a soul about it! Here’s what we know so far.

According to new reports, Colt and Brazilian-born Larissa filed for a marriage license in the state of Nevada on June 11. If that weren’t enough, the gossip blog Starcasm did a little searching of their own and found out that the two had gotten married on June 24. And while there is no real evidence to support this, the site says that they have a couple of their marriage license.

The filing also says that this isn’t Larissa’s first marriage. She divorced her previous husband back in August of 2011. Interestingly enough, Larissa’s bio on the official TLC 90 Day Fiance web site does not mention anything about her previous marriage of her ex-husband for that matter. Obviously, she’s got some explaining to do!

And while the couple have not made any comments about the speculation, it looks like they are still living together and happy for the most party. If that weren’t enough, Larissa has also been posting about the show on social media. Now, whether or not they reveal the truth about their marital status in the coming weeks remains to be seen. For now, fans will just have to tune in to find out what will happen next!

90 Day Fiance airs on the TLC network. Check your local listings for times. In the meantime, drop us a line with your thoughts in our comments section below. And as always, don’t forget to check back with Hollywood Hiccups for all the latest news, updates and spoilers on all of your favorite reality television shows and celebrities right here!