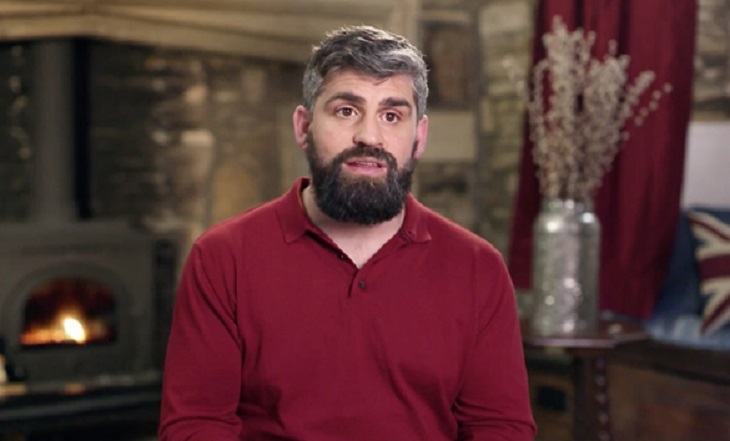 90 Day Fiance spoilers indicate that Jon Walters has quite a few things to say about Jesse Meester. As a matter of fact, the reality television star suggests that Jesse is abusive and pathetic and that if anything, he’s not husband material.

And while there certainly are plenty of people that would agree with Jon’s statements, Jesse is firing back with some fighting words of his own. The one thing that Jon and Jesse have is the fact that they are both in long distance relationships. However, Jon and Rachel’s romance seems to be happy and healthy while Jesse and Darcey are fighting nonstop and bickering over the smallest little details in their lives.

Jon surely has something to say about Jesse’s behavior on the show. According to In Touch Weekly, Jon wrote on social media, “If she had a man she who [builds] her up, loved her and treated her with respect, she wouldn’t be nearly as broken — Jesse is an abusive man with huge insecurities probably because he is skinny, used to have acne and has a tiny d–k. He’s a pathetic beta.”

It didn’t take very long for Jesse to respond to these harsh words. He said, “You know my strong opinion about this kind of behavior and it’s sad the same stuff is still happening. So people who are finding that behavior ‘okay’ or ‘believing it’s all good’ or nothing is wrong are part of the problem. And then there is some convicted momma’s boy who got some airtime mentioning my name for clout living with his mom being a sad boy looking up to a successful young man.”

90 Day Fiance airs on the TLC network. Check your local listings for times. In the meantime, let us know what you think by leaving us a line with your thoughts in our comments section below. And as always, don’t forget to check back with Hollywood Hiccups for all the latest news, updates and spoilers on 90 Days Fiance and your favorite celebrities right here!