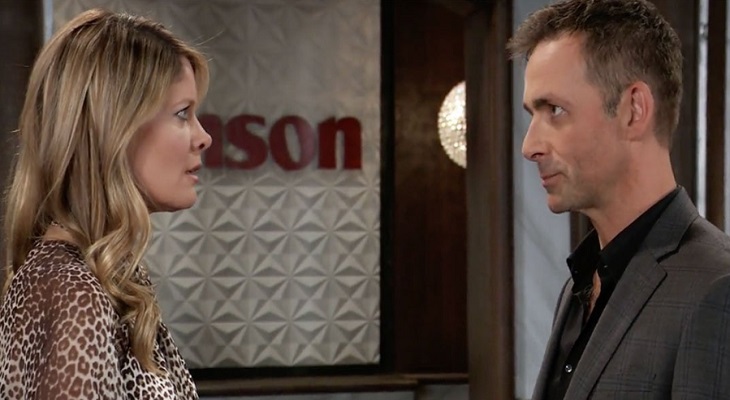 General Hospital (GH) spoilers for Wednesday, October 3, 2018 reveal lots of people demanding answers in Port Charles, while loved ones need some support and reassurance. Danger looms over many citizens as one man continues to dupe the unsuspected. GH fans will not want to miss out on Wednesday’s episode!

GH sources tease that Nina Reeves (Michelle Stafford) wants answers and decides to questions her close friend, PI Curtis Ashford (Donnelle Turner), wanting to know why he didn’t tell her that he was searching for her live, biological daughter? Felicia Scorpio (Kristina Wagner) meets with her daughter, Maxie Jones (Kirsten Storms) and reveals she is worried; but not about herself.

Could Felicia also suspect there just isn’t something right about the way Dr. Kevin Collins (Jon Lindstrom) has been behaving lately? Meanwhile, at home, Ryan Chamberlain continues to pretend to be his twin Kevin, accepting a gift from his wife, Laura Collins (Genie Francis) saying he will find a very special place for it. Will Laura be the one to discover who she is really living with?

General Hospital’s Dr. Monica Quartermaine (Leslie Charleson) offers her support to son, Drew Cain (Billy Miller), informing him that she is a cancer survivor and she will make sure that his son, Oscar Nero (Garren Stitt) will be one too. Carly Corinthos (Laura Wright) attempts to reassure her daughter, Josslyn Jacks (Eden McCoy) that whatever is going on with Oscar, who just broke up with her; that it has nothing to do with her.

An angry Oscar confronts Cameron Spencer (William Lipton) at school about him saying Oscar has cancer. Oscar will force Cam into a very awkward spot as he doesn’t want anyone to know he is sick. Will Cam respect his decision, and not reveal the truth to a heartbroken Joss?

Be sure to tune into ABC’s General Hospital (GH) on Wednesday, October 3, 2018 to catch up on all these exciting stories happening right now in Port Charles. Check Hollywood Hiccups often for updates, news, rumors and spoilers!