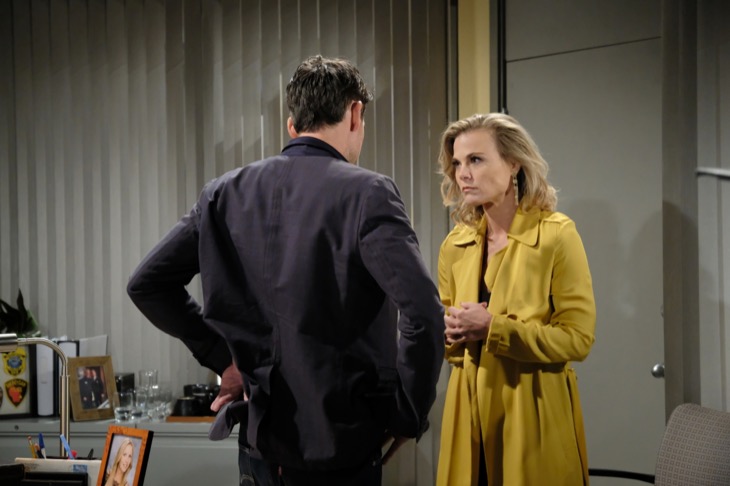 Billy Miller (Billy Abbott) delivered indelible, Daytime Emmy-winning performances on ‘The Young and the Restless’ in this role from 2008-2014. But Jason Thompson’s current efforts as Billy have and are rightfully earning respect among Y&R’s modern daytime audience.

Hey, it was totally fair to chide Y&R for smashing Billy (as played by Burgess Jenkins after Miller) and Phyllis (Gina Tognoni) together in 2015. Jenkins performed well and was then supplanted by Thompson in 2016. Both Billy versions didn’t seem to fit with Phyllis, at first.

However, Thompson’s chops and the chemistry he’s developed with Tognoni has changed, is changing, or should change minds. Yes, Billy has become a terrifically conflicted, vulnerable, poor soul.

Billy is blindsided at Jabot today on #YR. pic.twitter.com/pUl1RVV3Hp

Longtime Y&R fans recall Billy’s past battles with reckless behavior. But those long-ago scenes were mostly tied to Victoria (Amelia Heinle). The latest gambling addiction story feels fresh because it is.

‘Villy’ fans and ‘Philly’ fans used to be warring factions. A crossover group has now emerged as well. It’s okay to have like Vickie and Billy as they were and to also like Billy with Phyllis now.

Genoa City observers knew that yesterday’s Billy, Michelle Stafford’s version of Phyllis, and even Tognoni’s early edition of Phyllis was not to romance with Jack’s (Peter Bergman) brother. But Thompson’s Billy has made that possible.

Today’s Phyllis truly cares for the man she’s come to love, as Jack admitted long ago. If the man who knows and was married to Phyllis recognizes reality, then why would any GC observer’s take be deeper? Tognoni’s talent has make this particular projection of the character she plays into a likeable person. That seemed impossible, but it’s come true.

Oh, any viewer has the soapy right to not like ‘Philly’, to think this couple might not survive, to root against Billy and Phyllis, or to simply not care. But it’s also okay to offer respect (even if grudging), to Thompson and Tognoni and to the couple their character’s have created.

‘Philly’ forever? Probably not, as this is daytime drama. But ‘Philly’ for now and for awhile further? Yes.