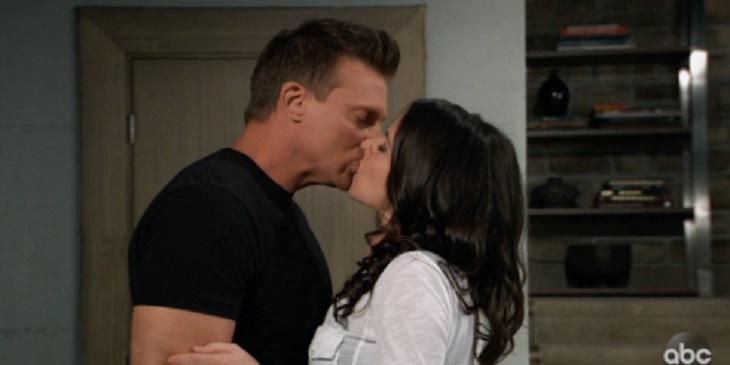 GH sources tease that Kiki Jerome (Hayley Erin) is ready for a knock out showdown with her mother Ava Jerome (Maura West) when she runs into her in the park. Kiki announces she is more than willing to drag her out of the park herself. Is today’s Morgan Corinthos’ (then-Bryan Craig) memorial, and did Ava go out of her way to interrupt it?

Nina Reeves (Michelle Stafford) meets with Lulu Falconeri (Emme Rylan) at the Metro Court and reveals the truth about Sasha Gilmore (Sofia Mattsson), being her daughter. She worries that the girl wants nothing to do with her.

Valentin Cassadine (James Patrick Stuart) runs into Laura Collins (Genie Francis) on the docks, surprised to see she is back in town. He also wants to know how long she is staying for, and once again, she confirms that it is for good; he doesn’t look impressed at all!

General Hospital spoilers reveal Police Commissioner Jordan Ashford (Briana Nicole Henry) shocks DA Margaux Dawson (Elizabeth Hendrickson) when she informs her that she is dropping the investigation into Margaux’s father, Vincent Marino’s death. How will Margaux react to the news and seek he revenge on Sonny Corinthos (Maurice Benard) now?

Mike Corbin (Max Gail) confesses to his son, Sonny that he remembers throwing the gun, that he found with Marino’s body, into the bottom of the Hudson River 30 years ago; but can Carly (Laura Wright) and Sonny trust Mike with his deteriorating health?GH fans of super couple Jason Morgan (Steve Burton) and Sam McCall (Kelly Monaco) will be thrilled to learn, the couple have officially reconnected and make love; all thanks to working together on putting together Danny’s (T.K. Weaver) toy.

Be sure to tune into General Hospital (GH) on Monday, October 8, 2018 to catch up on all these exciting stories and so much more. Check Hollywood Hiccups often for updates, news, rumors and spoilers!