General Hospital Spoilers: Is Valerie Spencer Back For Good? 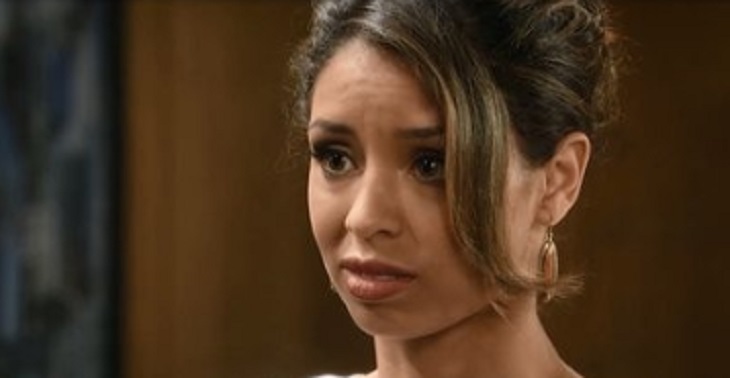 With Valerie Spencer [Brytni Sarpy] back in action and even promoted to detective and partnered with Chase, a lot of people can’t help but ask the same question: does this mean she’s back in General Hospital for good?

Perhaps so! In fact, there’s a new report that says actress Brytni Sarpy will now become more of a regular part of the show.

According to ABC Soaps in Depth, up until this point, Valerie has only popped up on the show here and there, especially after she was dropped to recurring status late last year. But it looks like things have changed.

After losing both Nathan and Dante within a matter of months, the Port Charles Police Department can sure use all of the help they can get these days. With both newcomer Chase [Josh Swickard] and Commissioner Jordan Ashford, Valerie will help solve all of the city’s mysteries and crimes.

Now, as far as how much we will be seeing Valerie in the coming weeks remains to be seen. After all, Brytni Sarpy has a lot going on right now, both on daytime and primetime television. She also has a new thriller, Karma, hitting the SyFy network on Saturday, October 13, at 9pm EST.

It will be a part of the cable network’s 31 Days of Halloween. Brytni says that the spooky film is one that is definitely going to leave fans on the edge of their seats. We can’t wait to check it out while also seeing more of Valerie in Port Charles as well!