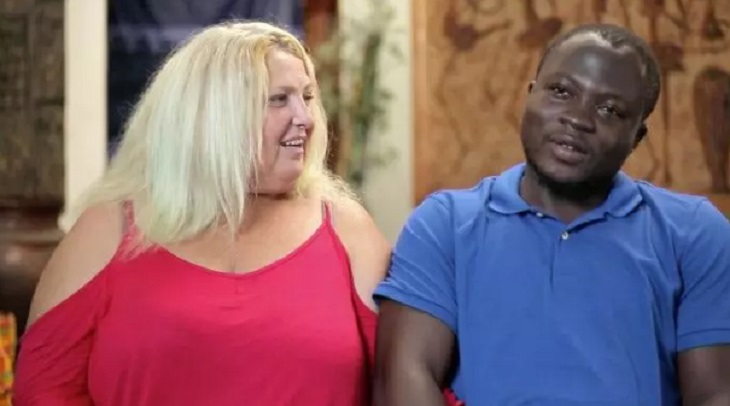 It looks like all might be forgiven at this point, although when it comes to Angela and Michael, no one really knows for certain. Right after she accused her boyfriend of supposedly stealing money from her bank account, 90 Day Fiance star Angela has just shared a new, steamy photo with her overseas boyfriend.

Just this week Angela shared a photo of her sharing a kiss with Michael on her social media accounts. It definitely confused a lot of fans, as Angela had recently accused Michael of supposedly swiping money from her during the season finale of the show. This past season she traveled from Georgia to Nigeria to visit her internet boyfriend, just to find out that she had no money in her bank account by the time she got back home.

And while Michael vehemently denied the accusations, it looks like all might be forgiven at this point. Still, fans can’t help but wonder what’s going on. One person wrote on Facebook, “Hoping this picture means Michael did not steal from you,” while another wrote, “It looks like these two have made up.”

Of course, fans will just have to tune in to find out what will happen next! 90 Day Fiance airs weeknights on the TLC network. Check your local listings for times. In the meantime, let us know what you think by leaving us a line with your thoughts in our comments section below. And as always, don’t forget to check back with Hollywood Hiccups for all the latest news, updates and spoilers on 90 Day Fiance and all of your favorite reality television shows right here.