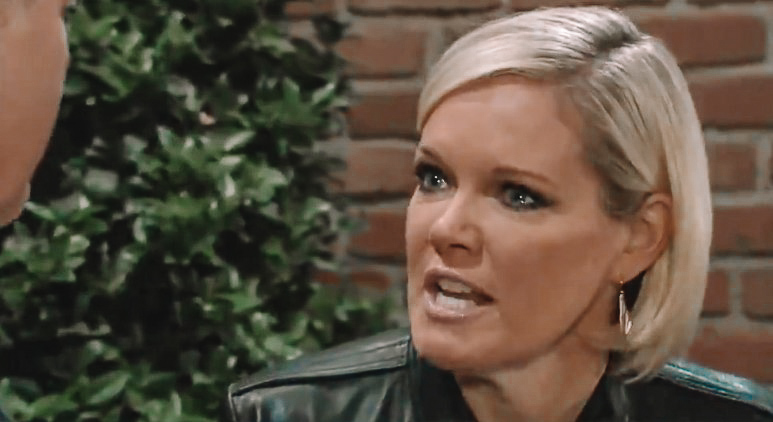 General Hospital (GH) spoilers for Thursday, October 11, 2018 reveal a lot of questions and confusion come along with genuine concern for loved ones. Romance is in the air for new lovers, while others deny their true feelings. One grows wary of anothers actions, questioning his intentions. GH fans will not want to miss out on Thursday’s episode!

GH sources indicate PI Curtis Ashford (Donnell Turner) is concerned for his friend, Nina Reeves (Michelle Stafford) and questions what she exactly expects to get out of this meeting with her biological daughter, Sasha Gilmore (Sofia Mattsson). How will both women react when they see each other for the first time?

Ava Jerome (Maura West) runs into old friend and confidant, Scotty Baldwin (Kin Shriner) whining that she is the injured party here. Meanwhile, her daughter, Kiki Jerome (Hayley Erin) is enjoying time with her newfound relationship with Dr. Griffin Munro (Matt Cohen); who admits, blissfully that he has never done what he did last night; both are full of smiles, but how long will that last as viewers of the ABC soap opera know, Ava will never allow this to go on!

General Hospital spoilers tease Felicia Scorpio (Kristina Wagner) knows her daughter, Maxie Jones (Kirsten Storms) is in denial when she insists that Peter August (Wes Ramsey) is “just a friend”. Meanwhile, Lulu Falconeri (Emme Rylan) is embarrassed to be caught doing something, asking the person standing behind her, pleading that they didn’t hear all of what was just said.

What incentive does Drew have to flip on Sonny? Margaux’s hoping she already knows it. An all-new #GH starts RIGHT NOW on ABC! #GH55 pic.twitter.com/6ws0ystSWN

Drew Cain (Billy Miller), who now knows that DA Marguax Dawson (Elizabeth Hendrickson) possessed the flashdrive that contains all his memories; he demands to know why she is messing with his life? Laura Collins (Genie Francis) sits down with Ryan Chamberlain (Jon Lindstrom), still believing he is her husband, Dr. Kevin Collins and she is growing wary of him. Laura wants to know why he is avoiding her. Will she be the one to finally figure out what is going on?

Be sure to tune into ABC’s General Hospital (GH) on Thursday, October 11, 2018 to catch up on all these exciting stories happening right now. Check Hollywood Hiccups often for updates, news, rumors and spoilers!