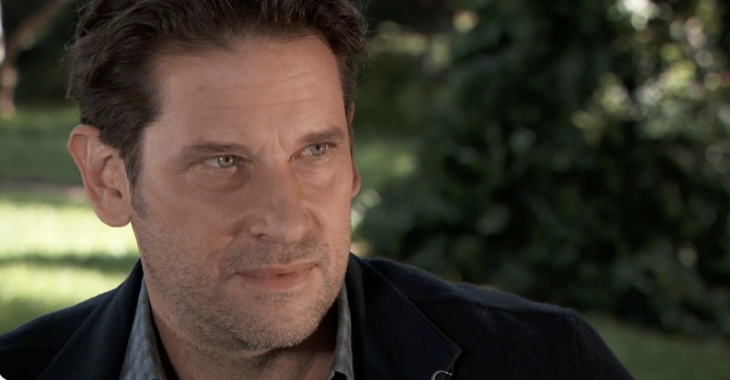 General Hospital (GH) spoilers for Monday, October 15, 2018 reveal a lot of Port Charles’ citizens are on edge filled with confusion and curiosity. Friends offer support when in business and personal lives. Could someone’s secret life finally be exposed? GH fans will not want to miss out on Monday’s episode!

GH sources show Franco Baldwin (Roger Howarth) is making good on his childhood friendship with Drew Cain (Billy Miller) when he sees him and offers his support because it is clear he could use a friend. Will Drew lean take Franco up on his offer?

“I’d much rather have a conversation about you and Jason… ” #GH55 pic.twitter.com/mMd7FAONAB

Sam McCall (Kelly Monaco) doesn’t seem impressed with nurse Elizabeth Webber (Rebecca Herbst), especially when she learns that Liz came to see her to tell Sam to stay away from Jason Morgan (Steve Burton) for Drew’s sake. Isn’t that the pot calling the kettle black, Elizabeth?

General Hospital spoilers tease that Carly Corinthos (Laura Wright) may be on to something at the courthouse when she wants to know why Nelle Benson (Chloe Lanier) would even recognize Dr. Lucas Jones (Ryan Carnes) and Brad Cooper’s (Parry Shen) baby boy, Wiley. Detective Harrison Chase (Josh Swickard) and Michael Corinthos (Chad Duell) are both there to witness the moment, as Carly confronts Nelle. Could this be the moment Brad unravels or Nelle finally admits that Wiley is really Jonah?

GH’s Dr. Kevin Collins (Jon Lindstrom) remains in a straight jacket at Ferncliff but continues to tell his brother, Ryan Chamberlain that he can still help him, if he would let him. Meanwhile, it appears that Ryan’s charade has been uncovered as Laura Collins (Genie Francis) knows he is not Kevin. She demands to know what Ryan has done with her husband! Will she be able to save Kevin before Ryan does anything to harm her?

Be sure to tune into ABC’s General Hospital (GH) on Monday, October 15, 2018 to catch up on all these exciting stories happening right now in Port Charles. Check Hollywood Hiccups often for updates, news, rumors and spoilers!