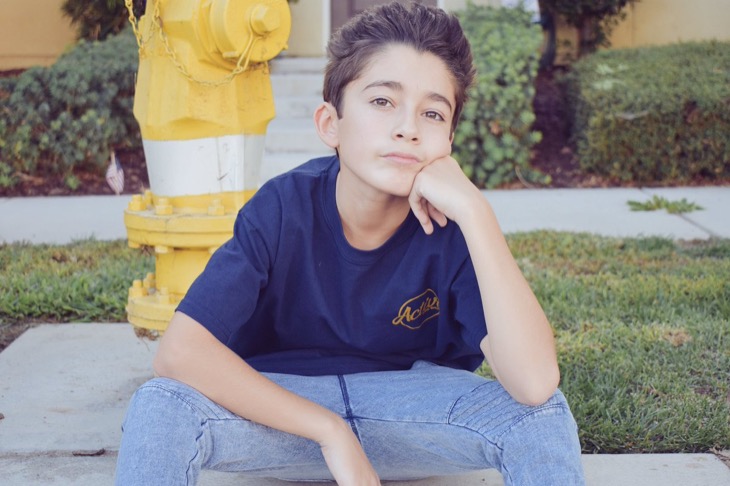 General Hospital (GH) spoilers reveal Nicolas Bechtel, who portrays the delightful Spencer Cassadine is back in Port Charles this week and he is thrilled to be back in the role he left in 2017. Who isn’t excited to see Bechtel return to the role of the Cassadine heir he has portrayed since 2013?

GH sources tease that Bechtel was the one who pushed very hard for his return since his work on “Stuck in the Middle” was done in March 2018. He obviously was thrilled to get some down time with his family but ABC’s General Hospital became somewhat of a second home/family to him and he wanted to come back. Nicolas admits that GH is “one of my favorite places to be.”

Hello October! I am back on @GeneralHospital today. Do you think Laura will be able to tell that Ryan is posing as Kevin? Reply below to share your guess! @thejonlindstrom @NicolasJBechtel #GH #fbf pic.twitter.com/LW2pf4NQK2

Reunions were sweet as everyone greeted him with hugs and of course, flowers for his on screen grandmother, Genie Francis (Laura Webber Collins). He feels the best reunion was with Executive Producer and great guy, Frank Valentini. He feels they have a great connection and Valentini makes sure Nicolas works hard, making sure he always does his best.

General Hospital spoilers reveal that Nicolas Bechtel wants fans to know he is nothing like his character Spencer Cassadine, although he sometimes wishes he could so some of the things Spencer can do; like leave the country on a whim or take a ride to wherever he’d like. He thoroughly enjoys the role playing, but warns viewers to expect a different version of Spencer this time around.

It is clear that Spencer has matured while he has been away. He will attempt to be more respectful to Laura, although it remains to be seen if he will be. Nicolas Bechtel does joke that he will be better dressed when he returns!

How do you feel about Nicolas Bechtel returning to General Hospital?

Be sure to tune into ABC’s General Hospital (GH) to catch up on everything happening in Port Charles right now and do not miss out on Nicolas Bechtel return as Spencer Cassadine. Check Soap Opera Spy often for updates, news, rumors and spoilers!