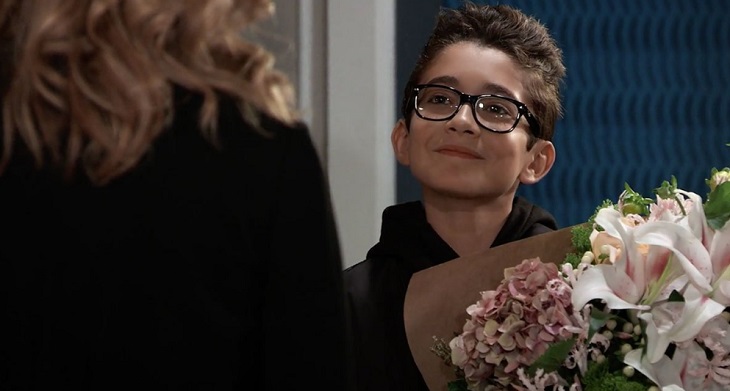 General Hospital (GH) spoilers for Wednesday, October 17, 2018 reveal a lot of advice, intrigue and requests. Some family members play catch up, while a fan favorite makes his long awaited return. GH fans will not want to miss out on Wednesday’s episode!

GH sources indicate that Oscar Nero (Garren Stitt) has one final request of Cameron Spencer (William Lipton). Both young men car deeply for Josslyn Jacks (Eden McCoy), will Cam help Oscar in his last request, or give in to Joss’ demands and reveal everything he knows about what is going on with the one she really loves?

Maxie Jones (Kirsten Storms) continues to be the “sister” Nina Reeves (Michelle Stafford) always needed and wanted. She gives her words of encouragement, reassuring her that Sasha Gilmore (Sofia Mattsson) will realize the prize she has truly won in the mother department and will come around.

“If Margaux wants to come at me, bring it on.” #GH55 pic.twitter.com/CuO0JpZzUL

Meanwhile, Sasha is confronted by Valentin Cassadine (James Patrick Stuart) and clearly has her mother’s fighting spirit, because she demands to know who he is and why he is talking to her?

General Hospital spoilers show Peter August (Wes Ramsey) giving Drew Cain (Billy Miller) advice when it comes to looking into the past. He advises him that there is no peace “looking backwards”; and Peter of all people, would know that!Sonny Corinthos (Maurice Benard) is pleasantly surprised to see his nephew, Spencer Cassandine (Nicolas Bechtel) back in Port Charles; but Spencer informs Sonny, he is back in town to right a terrible wrong.

Laura Collins (Genie Francis) talks to her daughter, Lulu Falconeri (Emme Rylan) feeling like they have lots of catching up to do. Will Lulu reveal how she truly feels about her marriage being on the rocks with Dante (then- Dominic Zamprogna) and will Laura reveal how “off” Dr. Kevin Collins (Jon Lindstrom) has been lately?

Be sure to tune into ABC’s General Hospital (GH) on Wednesday, October 17, 2018 to catch up on all these exciting stories and so much more. Check Hollywood Hiccups often for updates, news, rumors and spoilers!