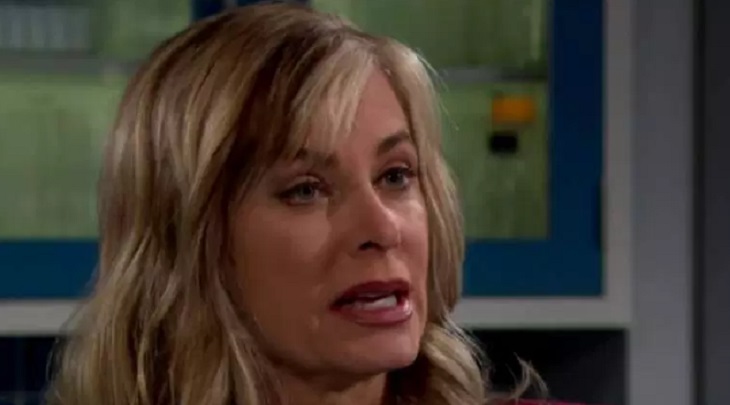 Kyle (Michael Mealor) is devious on ‘The Young and the Restless’. That’s a leading reason why he was able to sniff out Ashley’s (Eileen Davidson) duplicity. But, surprisingly, Kyle isn’t the dirtier among the two. No, that player would be Ashley.

Hey, two wrongs don’t make a right. Just because Ashley was lied to by Dina (Marla Adams) decades ago didn’t give Davidson’s departing character the go-ahead to play demigod with Jack’s (Peter Bergman) life. But she did and now those free will acts are being exposed.

Ashley was not holding a grudge since the mid-1980’s, when she first learned that Brent Davis (Bert Kramer) was her biological father. That storyline was referenced, in order to refresh viewers memories and bring newer fans up to speed. Instead, it was Jack’s dig that pulled Ashley’s vengeance trigger.

Earlier this year Jack once again invoked the blood-Abbott clause when he temporarily held onto power at Jabot, which provoked Ashley’s sneaky response. The seeming reveal appeared to be out Jack as a non-Abbott, led to his step-down as the family company’s Chief Executive Officer and Billy’s (Jason Thompson) controversial and brief ascension.

Little did Jack know that Ashley contracted with Andrew (Coby Ryan McGlaughlin). This recently introduced character has now admitted to heading a DNA testing facility in Genoa City, which obviously means that he rigged Jack’s supposedly scientific attempts to learn the truth.

Devoted readers of this comprehensive soap site know that Davidson has already departed the cast and that her final scenes as Ashley are playing out now. So, the climax to Jack’s paternity storyline has therefore arrived.

Unless a massive plot twist is in the offing, Jack will learn that he always was John’s (Jerry Douglas) son. That truth should also affirm the blood link between Traci (Beth Maitland) and Billy as well.

The end result will pressure Ashley into leaving town and create yet one more swivel in Jabot’s CEO’s chair. Jack is back. (Predictive text typo.) Jack Abbott has returned.