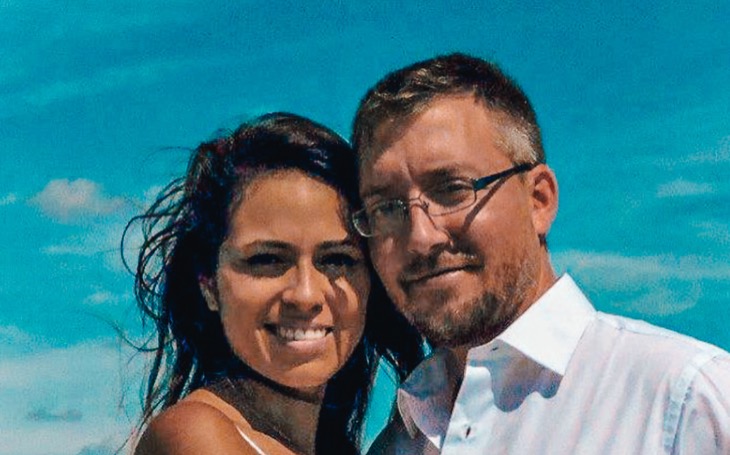 It looks like these two are officially over and out! New reports indicate that 90 Day Fiance stars Jason Hitch and Cassia Tavarez have finalized their long-awaited divorce. To make things even more heartbreaking, the couple got divorced last Saturday, which is also the same day as their anniversary. The divorce comes after numerous splits and reconciliations for the reality television couple.

According to Starcasm, Cassia says that she is still trying to keep a positive attitude despite all of the ups and downs that both she and Jason have endured these last 12 months. What’s more, she is also trying to learn from her experience. Now that she is a single woman again, she knows what she wants and she definitely doesn’t want to make the same mistake over again.

She told the web site, “I’m relieved for ending this chapter of my life and I am excited to see what the future holds in store for me. I’m ready to spend my time with family and friends to heal myself and I wish Jason luck on his plans.”

Meanwhile, it looks like Jason has other business matters to tend to. He is getting ready for his one-year deployment to Iraq in January. As far as his now ex-wife is concerned, Jason says he’s not worried about her future at all.

“Cassia is one smart young woman,” Jason said. “She has two degrees and her good looks. She’ll be fine.”

90 Day Fiance airs on the TLC network. Check your local listings for times. In the meantime, let us know what you think by leaving us a line with your thoughts in our comments section below. And as always, don’t forget to check back with Hollywood Hiccups for all the latest news, updates and spoilers on all of your favorite reality television shows and celebrities right here!