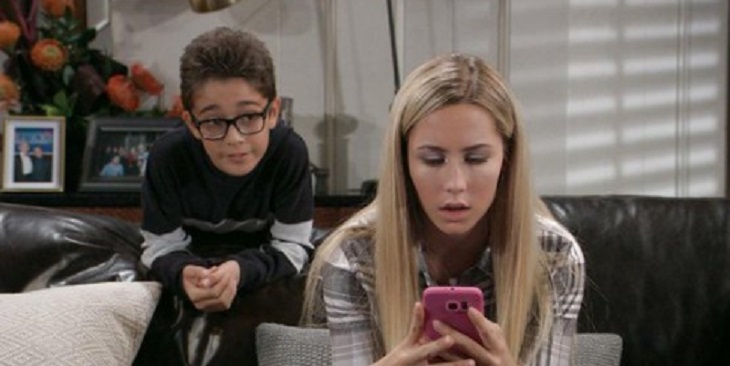 General Hospital (GH) spoilers for Thursday, October 18, 2018 reveal a lot of questions, demands and plots. Family and friends confide in each other as they are also determined to figure things out. GH fans will not want to miss out on Thursday’s episode!

Attorney Alexis Davis (Nancy Lee Grahn) goes to Charlie’s Pub where she is questioned by Julian Jerome (William deVry). He wants to know if Oscar Nero (Garren Stitt) told her why he was so interested in challenging parents’ authority? Meanwhile, Dr. Kim Nero (Tamara Braun) tells her son, Oscar she has spent two years looking for a solution for his cancer, and this could be it. Will Oscar give in to the pressure and agree to the medical trial?

Cameron Spencer (William Lipton) comes immediately to Josslyn Jacks (Eden McCoy) aid; but when he arrives at the Corinthos’ home he wants to know what kind of game is she playing. Cam knows how sick Oscar is and doesn’t like that he is hiding the truth from his oldest friend, Joss; how much longer will he keep the truth from her?

GH’s Carly Corinthos (Laura Wright) has never been known for having patience and as she sits with her mother, Bobbie Spencer (Jacklyn Zemen) at the bar in the Metro Court; she confides in Bobbie, saying she is ready to go over there and figure out what the hell is going on. Sounds like Carly could be putting her nose somewhere it shouldn’t be!

Be sure to tune into ABC’s General Hospital (GH) on Thursday, October 18, 2018 to catch up on everything happening in Port Charles right now. Check Hollywood Hiccups often for updates, news, rumors and spoilers!