The Young and the Restless (YR) Poll: What Was The Point of Jack’s Paternity Storyline? 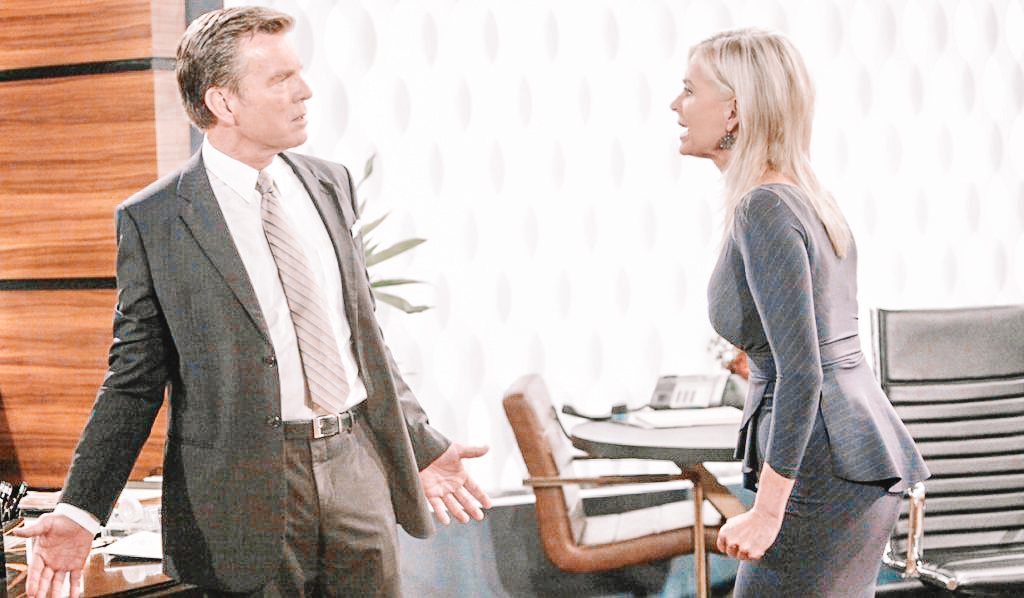 Jack (Peter Bergman) finally got his answer on ‘The Young and the Restless’. Ashley’s (Eileen Davidson) pressured admission served as the reveal of a storyline that’s been running since the spring. John Abbott (Jerry Douglas) was and remains Jack’s biological father. So, what was the point of his paternity storyline?

Executive producer and head writer Mal Young has previously advised that viewers needed to remain patient regarding Jack having been stripped of his Abbott status. That admission hinted at the climax scenes that transpired inside Jabot’s office.

Writing Bergman’s character into never-explored territories did produce interest and intrigue. The idea that Jack could be another old-school character’s son allowed veteran viewers to revisit some of the great names from this show’s past.

Phillip Chancellor’s (Donnelly Rhodes) reference allowed the greatest Genoa City resident of them all, Katherine Chancellor (as portrayed by the greatest Y&R actor ever, Jeanne Cooper), to be evoked. So value was realized there.

Jack is not happy with Ashley. #YR pic.twitter.com/ZDb2yAqucO

The mention of Stuart Brooks’ (Robert Colbert) name allowed one of Y&R’s initial core families to be discussed. Soapy history deserves its due.

Even the absurd idea that Victor (Eric Braeden) and Jack could be brothers had merit, in that it teased what would have been the most incredible backstory switch in this steamer’s run.

But it’s fair to say that the most positive aspect of the entire arc’s existence stands at the beginning. The laudable performances that are still being delivered by Dina (Marla Adams) are, without question, outstanding. All balanced analysis can’t skew totally negative when considering the thoughtful and thought-provoking scripts Adams has been given and her passioned efforts in so many scenes.

However, there are fans who feel that writing Jack to what’s his name(?) status was an overall waste of time and didn’t need to happen. Adams’ Alzheimer’s storyline could have been presented differently by not including Jack’s invented paternity mystery.

Fans of ‘The Young and the Restless’ rightfully express their opinions on a regular basis. So, what was the point of Jack’s paternity storyline? Please vote in our poll below!

Soap Opera Spy is a leading source of engaging information about ‘The Young and the Restless’.