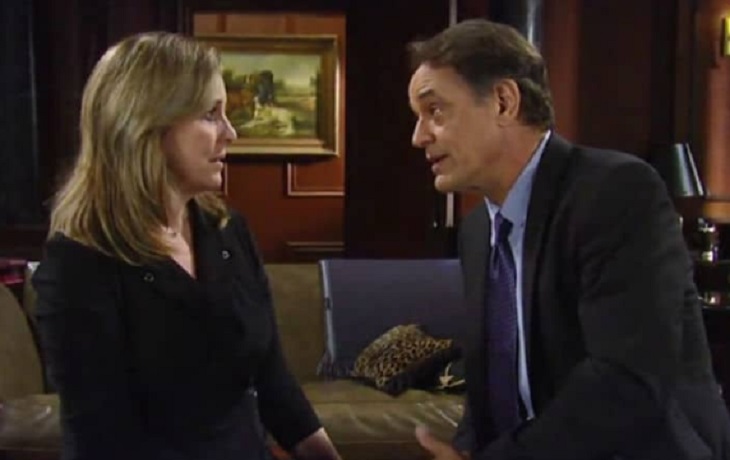 General Hospital (GH) spoilers reveal Laura Collins (Genie Francis) has come back to Port Charles after being away for almost a year. She is eager to get her marriage back on track with Dr. Kevin Collins (Jon Lindstrom); he fends her off using illness and work as an excuse, but for how long?

Laura comes home with every intention of reconnecting with her family, but it’s also the 25th anniversary of his twin brother, Ryan Chamberlain’s (Jon Lindstrom) killing spree and dastardly crimes. She can understand why Kevin is a bit distracted, but she has no idea that Ryan has taken Kevin’s place and she is living under the same roof as the serial killer.

GH sources tease that Ryan has been pretty lucky since Laura has returned she has been far too busy telling Lucy Coe (Lynn Herring) that her “services” are no longer required and if she needs to bring someone chicken soup, she suggests to go see Scotty Baldwin (Kin Shriner).

Just as Laura is settling in at home from a year away helping grandson, Spencer Cassadine (Nicolas Bechtel) recover from his skiing accident, Spencer sneaks back into Port Charles trying to stake his claim as the rightful heir of the Cassadine fortune. Talk about preoccupying Laura’s time; and Genie Francis is NOT complaining!

Viewers of the ABC soap opera know that Kevin and Laura were a rather lovey dovey couple and she will want to have some intimacy soon; Ryan and Kevin maybe twins, but there would have to be differences in the men, especially since Ryan supposedly died in an explosion. He needs to keep her away from him for as long as possible, but sources reveal that this week Laura will find something that will give her a hint about what is really going on.

“This is what I’ve been missing my whole life.” #GH55 pic.twitter.com/yON9pNosiD

What does Laura find and will she uncover the whole truth before Ryan is able to harm anyone?

Be sure to tune into ABC’s General Hospital (GH) to catch up on everything happening in Port Charles right now. Check Soap Opera Spy often for updates, news, rumors and spoilers!