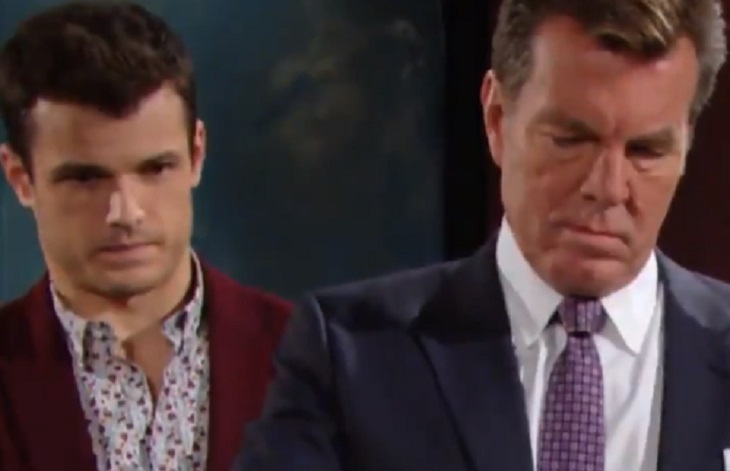 Jack (Peter Bergman) rightfully believes that his sister wronged him on ‘The Young and the Restless’. Yes, he’s been the oaf in days gone by, but Ashley (Eileen Davidson) is the proven villain this time. Along with this dysfunctional Abbott family reality, Dina (Marla Adams) reveals a mega gift to her infamous daughter that should even power at Jabot.

Kyle’s (Michael Mealor) instant impulse was to destroy the evidence, though Adams’ character stopped him. In doing so, Kyle proved to be Dina’s grandson, his father’s son, and his aunt’s nephew once more. My what a duplicitous foursome!

As an aside to the audience – John (Jerry Douglas), they need you to reappear and offer some wisdom. Hopefully Y&R’s writers will allow you to return and speak to, or haunt any of the above referenced characters by Halloween.

Meanwhile, back in Genoa city, Dina recalled that she and John agreed to create a document that was then stored in a safe at Jabot. Kyle wasn’t sure if Dina’s memory was accurate, as her Alzheimer’s condition has understandably led many to take all she says with a grain of soapy salt.

Dina’s recall proved spot on in this instance. They found the safe, opened it with her birth date combination and located the legal documents that gave Ashley control over Jabot’s patents many years ago, though this power hasn’t been enforced because, apparently, no one knew of it.

Will a secret document destroy the Abbott’s empire or devastate their family? Find out this week on #YR! pic.twitter.com/7vhOKWCfH4

The sight of the invented wall safe, located behind the chair that Jack, Billy (Jason Thompson), and Traci (Beth Maitland) have all recently sat in, was surprising. It’s creation will surely enable Ashley to exit town with a sense of justice.

Two wrongs don’t make a right, as Ashley’s scripted words are implying. Yes, Jack one-upped her on various occasions. But she’s fought back in the past and wasn’t justified in seeking vengeance against her brother now. That’s not a trait that John would want either of his children, be he blood, or she an assumed genetic connection, to exhibit.

Did Jack know of Ashley’s patent control before Dina helped Kyle locate the wall safe and if so, how long has he held this knowledge? Yes, that is a great teaser for Y&R’s fans as this week’s episodes play out.