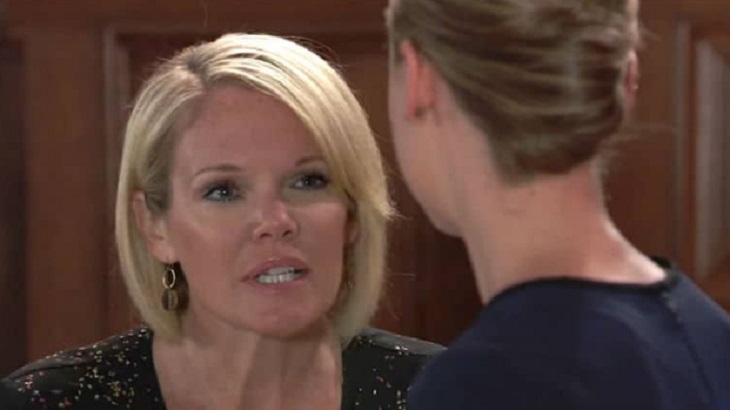 General Hospital spoilers indicate that Ava is about to make everyone’s life hell, to say the least. As a matter of fact, there’s a new report that says the beautiful blonde is going to show everyone just how ugly she can get on the inside.

Ava finds it quite intriguing when Kiki meets her new half-sister, Sasha. But what she also notices right away is that the two women have a lot in common. Ava is still rather upset over the fact that her daughter Kiki slept with her boyfriend, Griffin.

This is something that she won’t ever forgive or forget for that matter. She wants both Kiki and Griffin to pay for humiliating her and now spoilers indicate that she might use Sasha in her evil plan. Sasha has no idea that her new family is one that she needs to stay far away from. In other words, her life is about to change in more ways than one.

If that weren’t enough, there’s even a teaser trailer that sees Ava saying, “So, Kiki and her sister have a same taste in men. I can definitely work with that.”

Of course, no one knows what exactly is on Ava’s mind. But what we do know is that she’s out for revenge and that this definitely won’t end well. Is Ava going to use Sasha to try and destroy both Kiki and Griffin? There’s a good chance that might happen. Fans will just have to tune in to find out what will happen next!