The Young and the Restless (YR) Spoilers: Sharon Leery of Rey – Nick Still Has A Chance? 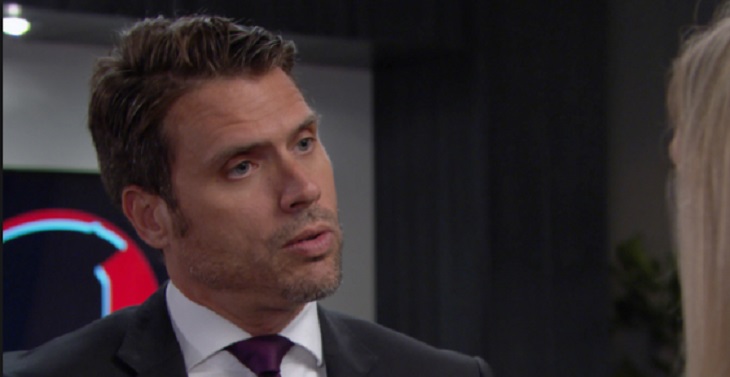 Sharon (Sharon Case) just exited a relationship with Nick (Joshua Morrow) on ‘The Young and the Restless’. So why would she leap into another one with Rey (Jordi Vilasuso)?

Rey knows that Sharon is leery of him. At the same time he’s splitting loyalties between the business and personal sides in his life while growing close to the ever-enchanting number two diva in Genoa City, with Nikki (Melody Thomas Scott) retaining number one status.

Coverup crew members already suspect detective Rosales of wanting to lure them into some type of trap. J.T. (Thad Luckinbill) remains dead, or so seems to be the case, and Rey believes that Sharon, Nikki, Phyllis (Gina Tognoni), and Vickie (Amelia Heinle) were somehow involved in whatever happened and continue to mask their actions through concocted charity meetings.

Meanwhile, back at what he thought was going to be ‘Shick’s’ new home, ‘New Nick’ hasn’t given up on Sharon. He thinks they’ve hit a bump in the soapy road and will remarry in time. (That’s a stretch young man.)

As Y&R viewers recall, Nick and Rey initially bonded, Rey later arrested Nick during Dark Horse’s launch, they bonded again and are now on the outs because Nick suspects Rey and Sharon are growing closer, which is somewhat true. The last sentence was intended to be as complex as the described trio’s relationship crossover’s.

Decreasing Midwestern temperatures have created wardrobe additions. Long sleeves, pants, and jackets provided by brand name wardrobe suppliers to Y&R. Along with the natural seasonal shift is the ‘Shick’ adjustment and what might become ‘Shey’.

For #TravelTuesday, we’re looking back at these gorgeous photos from @eileen_davidson filming #YR on location in Paris. 😍 Do you remember why Ashley was there? pic.twitter.com/kI4oNw1bLY

Nick is not about to let Sharon drift to Rey without a fight, including a potentially physical one with Vilasuso’s character. Human emotions will surely increase if Sharon continues to resist Nick’s reconciliation requests and if Rey seeks to arrest one, or more members of the coverup crew.

It feels as though the next chapter of ‘Shick’ won’t be written a few years from now, but possibly by winter. Sharon has retained Nick’s photo on the mantel at the cottage and has her emotions in check. Nick has yet to learn about the J.T. matter, which will affect his view and potential rescue of Sharon whenever Rey has a breakthrough in the case Paul (Doug Davidson) first handled.