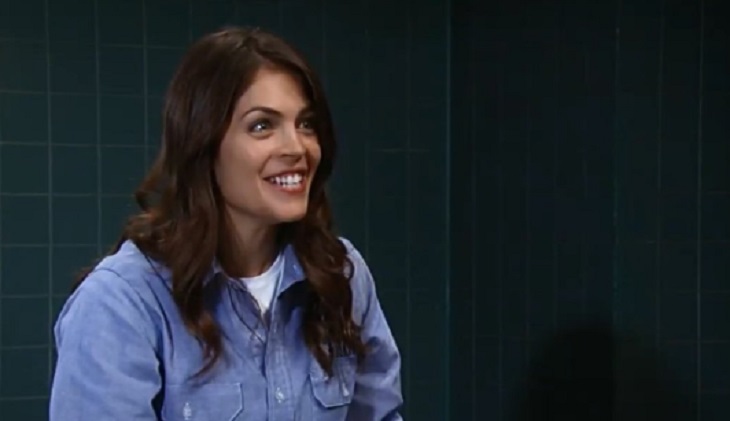 We’ve got good news for Kelly Thiebaud fans! Viewers will soon see her character, Britt ‘The Britch’ Westbourne back where she belongs, and that’s at home in Port Charles. As a matter of fact, new General Hospital spoilers indicate that fans will be seeing Britt back in action sooner rather than later as Kelly’s first air date has just been revealed!

Spoilers tease that Britt will be making her way back to Port Charles as soon as Monday, October 29. The last time fans saw Britt on General Hospital was earlier this year when she helped track down Jason while searching for her father. While Britt certainly didn’t find what she was looking for, she did end up behind bars as the law finally caught up with her.

In addition, fans did get to see Britt with her mother and her late brother Nathan. After that, we never heard from her again. But now that Britt is back, it will be interesting to see what trouble she will be cooking up this time around.

So far General Hospital producers have not made any comments about which storyline Britt will be involved in. All we know is that her mother Liesl has been on the run after she held Peter hostage for months in her cabin. Either way, Britt will now have a new cousin, thanks to the addition of Sasha and a baby nephew, James. Fans will just have to tune in to find out what will happen next!