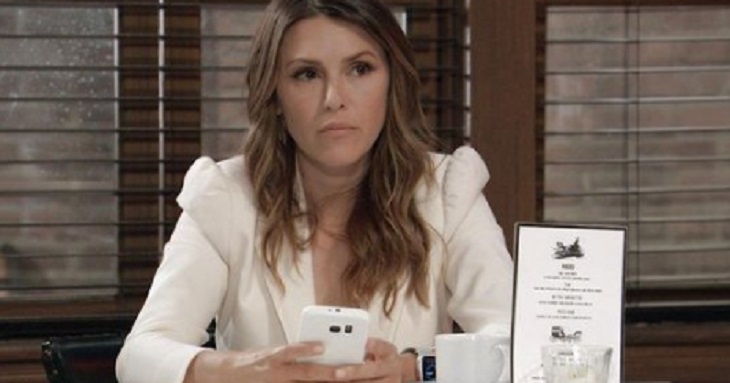 General Hospital (GH) spoilers for Monday, October 29, 2018 reveal a lot of concerns are raised, while plots are made. Questions are raised and confrontations happen. The taunting begins but will someone crack? GH fans will not want to miss out on Monday’s episode!

GH sources show Curits Ashford (Donnell Turner) sits with his fiance Jordan Ashford (Briana Nicole Henry) and feels that it will stay empty if his Aunt Stella Henry (Vernee Watson) decides to boycott their wedding. Will Stella ever get over her bitterness towards Jordan?

At General Hospital, Stella seems infuriated with Dr. Kevin Collins (Jon Lindstrom) and wags her finger at him, telling him she has a “bone to pick” with him! What did “Kevin” do that made her so angry?

Jason Morgan (Steve Burton) meets with Sam McCall (Kelly Morgan) after her and Damian Spinelli (Bradford Anderson) went to see Mrs. Marino to gather intel on her relationship with Joe Scully. Jason says they need to find something on DA Margaux Dawson’s (Elizabeth Hendrickson) father. Will Spinelli help Jason and Sam find something in the letters Sam has regarding Margaux’s mother and Scully’s affair that can help Sonny?

General Hospital spoilers reveal Margaux does a little digging of her own, as she meets with Michael Corinthos (Chad Duell), questioning him; but he insists he doesn’t know anything about that. She insists that he does! Meanwhile, Sonny Corinthos (Maurice Benard) frets that the DA wants his head at any cost. How is Sonny going to protect his family from her?

Ava sees her opening with Sasha, West Coast. How does she plan on using Kiki’s new sister to her advantage? An all-new #GH starts RIGHT NOW on ABC! pic.twitter.com/1Ua5o5HzMj

At Ferncliff, Mary Pat (Patricia Bethune) seems to take pleasure in taunting Carly Corinthos (Laura Wright); right in front of Laura Collins (Genie Francis) she asks “Caroline” if she is going down memory lane? Carly is clearly uncomfortable and looks ready to strike!

Be sure to tune into ABC’s General Hospital (GH) on Monday, October 29, 2018 to catch up on everything happening right now in Port Charles. Check Hollywood Hiccups often for updates, news, rumors and spoilers!