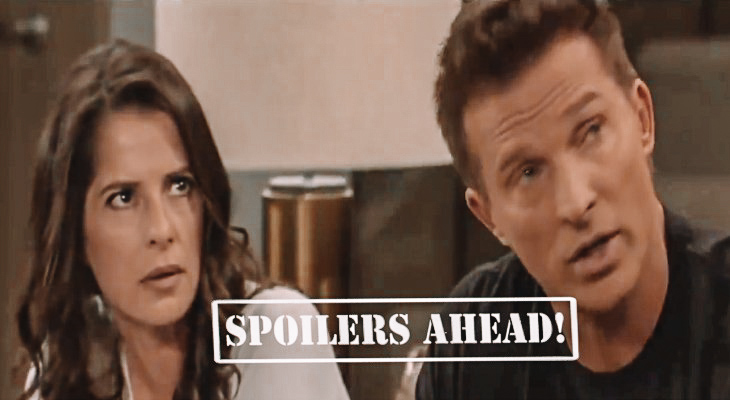 General Hospital (GH) spoilers for Tuesday, October 30, 2018 reveal plenty of conversations between several citizens of Port Charles bring forth bargains and confrontations. Some feel confident they will succeed while others need some reassurance. One feels happy with their reunion as another finds their situation quite upsetting. GH fans will not want to miss out on Tuesday’s episode!

GH sources tease that Dr. Britt Westbourne (Kelly Thiebaud) may be behind bars, but she has not lost her ability to taunt people. She shows Anna Devane (Finola Hughes) that she still holds all the cards when she tells her that she is going to have to give her a much better offer if she wants her to help her nab her mother, Dr. Liesl Obrecht (Kathleen Gati). Will Anna give in to “The Britch’s” demands?

Detective Harrison Chase (Josh Swickard) finds himself in an awkward situation when a young girl shouts at him to get away from her car, calling him a “freak!” Meanwhile, Lulu Falconeri (Emme Rylan) is out with Peter August (Wes Ramsey) at The Floating Rib, when she is furious at what she sees. She is seen saying, “Oh hell no!” Who and what does she see?

General Hospital spoilers reveal Sam McCall (Kelly Monaco) and Sonny Corinthos (Maurice Benard) listen to Jason Morgan (Steve Burton) as he feels confident that if DA Margaux Dawson (Elizabeth Hendrickson) chooses to cover up, they will have her; and she will no longer be able to come after Sonny and his loved ones.

Laura has a plan to excite her base ahead of the mayoral election. But will it be enough to defeat Ned? #GH is brand-new and STARTS NOW on ABC! #GH55 pic.twitter.com/hUBBU6qa6n

Laura Collins (Genie Francis) reassures Carly Corinthos (Laura Wright) when they are with Michael Corinthos (Chad Duell) that they will fix the problem with Ferncliff; in fact, she promises her that they will! Evil nurse Mary Pat (Patricia Bethune) sits with Ryan Chamberlain (Jon Lindstrom) at The Floating Rib, enjoying their reunion stating how she knew somehow they hadn’t seen the last of each other. What does Ryan have in store for the nasty nurse?

Be sure to tune into ABC’s General Hospital (GH) on Tuesday, October 30, 2018 to catch up on all these exciting stories happening right now. Check Hollywood Hiccups often for updates, news, rumors and spoilers!