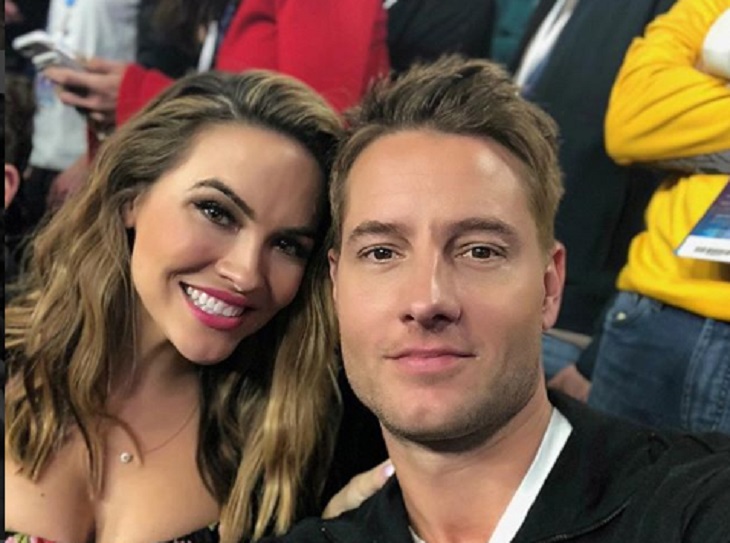 Former The Young and the Restless and This Is Us star Justin Hartley and his wife Chrishell share their one year anniversary on Sunday, October 28. The former soap stars tied the knot last year in front of their family, friends, and loved ones.

Last year, Chrishell told People that she was excited to become Mrs. Hartley as they do not make them any better than Justin. She was thrilled they were going to start their life together and she couldn’t wait to see what the future held for them.

The happy couple exchanged handwritten vows. After they read their vows to each other, many of those who attended were in tears. Hartley’s co-stars Milo Ventimiglia, Mandy Moore, Chrissy Metz, Sterling K Brown, Chris Sullivan, and Susan Watkins attended the shindig.

The Young and The Restless Spoilers: Eric Braeden Planning Return To Genoa City

Hartley is best known for his role on The Young and the Restless as Adam Newman. Many fans weren’t sure if he could pull off the role at first, as they were upset about Micheal Muhney’s shocking exit. However, the handsome actor shocked everyone as he stepped into the role and made it his own. Justin left the CBS soap opera in 2016 in a risky decision to move to the NBC primetime dramedy.

The best day, the best friends and family, the best wife! Happy first anniversary to my @chrishellhartley!! Let’s do 300 million more! Thanks to @raynefilms for capturing the moment.

The former Y&R star can be seen on This Is Us as Kevin Pearson. He plays a handsome actor who is struggling to find his place, amid dealing with addiction and his father’s sudden death.

Chrishell is best known for her role as Amanda Dillon on All My Children. As Jordan Ridgeway on Days Of our Lives—a role she will be reprising in February of 2019– and for her brief role as Bethany Bryant on The Young and the Restless.

Congratulations to the happy couple as they celebrate their first wedding anniversary. Don’t forget to come back for more The Young and the Restless spoilers, news, and casting updates!