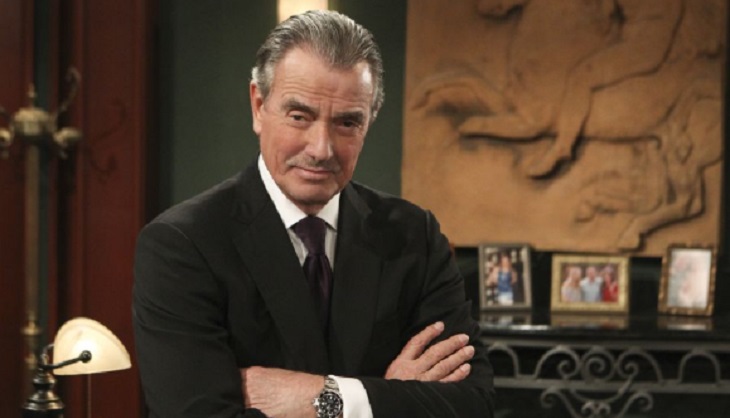 Victor (Eric Braeden) has been conspicuous by his absence in Genoa City on ‘The Young and the Restless’. Readers of this comprehensive site know that Braeden took a planned vacation in September, which meant that Victor wouldn’t be seen for a number of weeks. But now the ‘Moustache’ is about to return.

Braeden recently advised via social media that Victor will be be involved in a dramatic story upon his return. That tease is very intriguing and could be linked to various current tales and ones that are able to be developed.

Nikki (Melody Thomas Scott) will attempt to unearth J.T.’s (Thad Luckinbill) remains this week. She, along with her coverup crew, decide that the only way to secure their freedom is to move the body of the man that was accidentally killed last spring. Wouldn’t it be interesting if no body was found in the center of Chancellor Park?

The Young and The Restless Spoilers: Will JT’s Body Be Discovered This Week?

There’s no doubt that Victor will, at some point, be drawn into this arc. He seemingly has no awareness of Nikki’s plight and will surely come to her rescue the moment he learns of it. It would be easy to assume Scott’s character avoids jail time, but maybe not.

Separate from personal travails, Victor will also focus on his other love, Newman Enterprises. He and Vickie (Amelia Heinle) have been keeping the company afloat in recent months and are still working on rebuilding global trust.

Damaged by Nick’s (Joshua Morrow) J.T. ruse, Victor took a corporate hit and also was publicly humiliated, as his medical records were exposed to the world. The ‘Black Knight’ slowly worked his way back to health. Whether he’s fully recovered remains to be seen, as that plot point could be linked to Victor’s comeback story.

Knowing that Ashley (Eileen Davidson) left for Paris, France, and took her patents also means that Victor senses Jabot is very vulnerable. Might Newman attempt to force Jack’s (Peter Bergman) family business out of existence, or take it over?