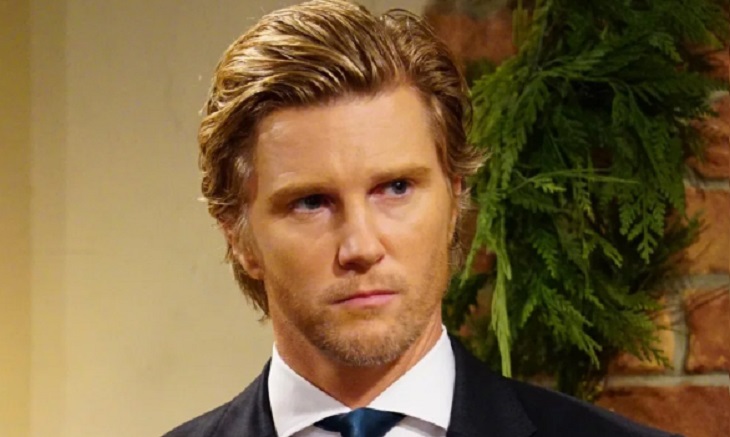 The coverup crew will attempt to dig up J.T. Hellstrom (Thad Luckinbill) this week on ‘The Young and the Restless’. Stretched since the spring, this storyline feels like it could (and should) break open during Halloween week.

How ghoulish! Nikki (Melody Thomas Scott) hits J.T. over the head with a fire place poker. He literally drops dead, is dragged by Mrs. Newman and her three cohorts to Chancellor Park, and is buried in a unlawful grave. Surely ‘Dark Shadows’ was revisited for ideas as this story was conceived, written, and rolled out, right?

Earlier this year, Nick (Joshua Morrow) strangely decided that he would become J.T. A Hollywood prop-like mask was created with the remnants of Nick’s Newman money and just like that J.T. was haunting Genoa City. That was goofy, but also a bit humorous and it served to pull Victor’s (Eric Braeden) moustache, which was satisfying.

The coverup crew has now decided that a late-October body removal will help them to solve their problem once and for all. So, the costumed ladies make their way to the site that is supposed to honor Katherine (Jeanne Cooper), not desecrate her memory.

The legal fate of the four-person crew is challenging to predict. All have money, or are tied to it. Rey (Jordi Vilasuso) is pressing hard for answers, while also looks to be a fair authority figure. He should go by the book, but has no personal grudge against those who were involved in J.T.’s accidental death.

Along with the building momentum, Jess Walton (Jill) is returning. This longtime Y&R stalwart, who has been working off a recurring contract in recent years, likely doesn’t know that J.T.’s body is buried under the modern art she commissioned. That piece has been sitting above ground, exactly on the spot of grave the coverup crew dug last spring.

Surely Jill’s return, combined with the festive season of Halloween, dually implies that something big happens this week on Y&R. Hopefully, that means the coverup crew’s actions are either exposed, or some other type of conclusion is written which ends this compelling, but also aging tale.