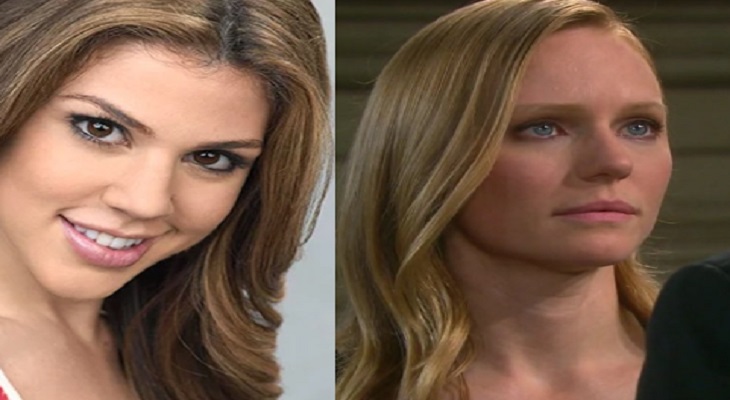 Days of Our Lives (DOOL) spoilers reveal two main characters have finished their time on the set of Days of Our Lives already back in May 2018. Christopher Sean, who portrays Paul Narita, son of John Black and Marci Miller, who portrays Abigail Deveraux DiMera, the daughter of former super couple Jennifer Horton (Melissa Reeves) and Jack Deveraux (Matthew Ashford) will both be exiting the daytime drama in the next few weeks.

Although Paul is leaving the series, DOOL fans will be excited to know that Abigail isn’t quite finished with Salem yet!

DOOL sources tease that Kate Mansi, who portrayed Abby from 2011 – 2016, will be returning for a limited time this November. It will be exciting to see what kind of dynamic Mansi will bring back to Abby! Viewers of the NBC soap opera need to brace themselves as we have another Deveraux returning to Salem – Deveraux Patriarch Jack Deveraux (Matthew Ashford).

Matthew Ashford has portrayed the iconic role of Jack Deveraux on and off since 1987. He has appeared in visions and dreams to his loved ones after he tragically dies after he sacrifices his own life to save his daughter, Abby and becomes trapped inside an elevator and died inside the explosion.

We know that Abby is going through some very difficult times as well as Jennifer, so is this just another “ghostly vision” of Jack, hoping to guide his loved ones along?

Days of Our Lives spoilers reveal Kristen DiMera (Stacy Haiduk) was working with with Dr. Rolf (William Utay) to bring several people back from the dead and on one of the doors in the facility was the initials J.D. Could Jack be one of the people they were experimenting on and another one of their miracles? There are endless possibilities if this is true; the ramifications of Jack being alive and how many people it would impact are countless!

How do you feel about the possibility of Jack Deveraux being alive after all this time?

Be sure to tune into NBC’s Days of Our Lives to catch up on everything happening right now in Salem. DOOL fans will not want to miss out on Christopher Sean and Marci Miller’s departures and welcome back to Kate Mansi and Matthew Ashford’s return. Check Soap Opera Spy often for updates, news, rumors and spoilers!

And as always, don’t forget to check back with Hollywood Hiccups for all the latest news, updates and spoilers on Days of Our Lives and all of your favorite daytime Soaps right here!