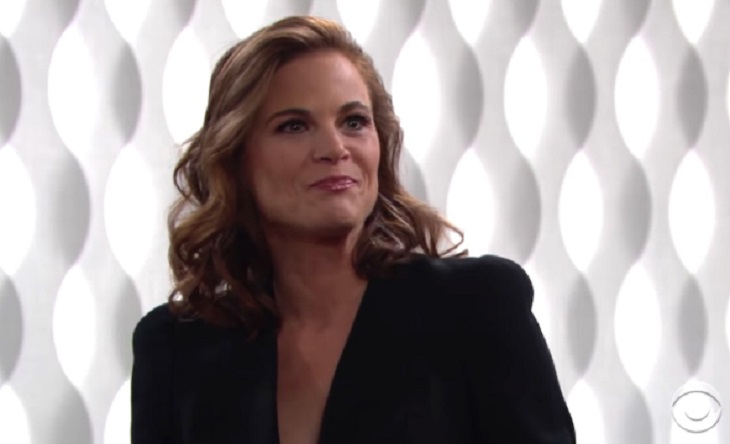 Phyllis (Gina Tognoni) wants to lead Jabot on ‘The Young and the Restless’. Her link to new character Kerry (Alice Hunter), who is a chemist, should help that to happen. So, as the Abbott family is healing it looks like the end of the blood-Abbott clause will lead to true change within this fabled cosmetics company. That also appears to mean that Jack (Peter Bergman) will be benched.

My how things change. Years ago, when Michelle Stafford was working through her enduring run as the original Phyllis, Jack concocted a clause that was added to Jabot’s bylaws. It forbid anyone who didn’t have John Abbott’s (Jerry Douglas) blood coursing through their veins from running the show.

At the time Jack claimed to have created that bulwark to prevent Phyllis from gaining power. The on-again, off-again couple’s various betrayals sparked Jack’s move.

However, Eileen Davidson’s (Ashley) wonderfully crafted write-out included Jack telling his half-sister that he also invented the clause to keep her out. He feared not being able to compete with Ashley and finally admitted that he was wrong to have used his insecurities against her.

Earlier this year Jack had, again, used the blood-Abbott clause to prevent Ashley from taking over as Chief Executive Officer. Eventually that legal point was erased, which allowed Phyllis to assert her desire to sit in Jack’s old seat.

This nice twist can allow Tognoni to utilize a different form of her range, as Phyllis’ corporate efforts have long been supportive of authority. The tint that’s returned to her hair also potentially signals a revival of who this character once was. That could indicate that today’s Phyllis, as softy written for and played by Tognoni to-date, could be transforming.

Meanwhile, Jack thought he was a shoe-in to head Jabot again. Nope. Times have changed ‘Jackie’. ‘Ash’ is gone, Phyllis has returned to being ‘Red’ and you, my Genoa City friend are likely going to be forced to support Phyllis’ authority. What a turnabout, as compared to years ago.