The Young and the Restless Spoilers: Billy and Sharon Bond Over Heartache, Could It Lead To Romance? 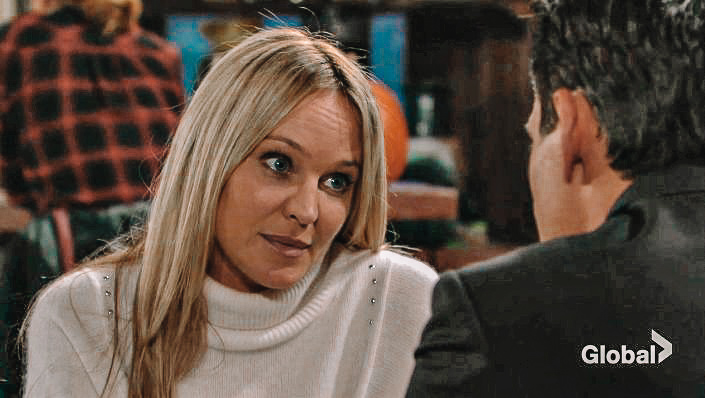 The Young and the Restless (Y&R) spoilers tease that Billy (Jason Thompson) and Sharon (Sharon Case) will bond over heartache. While the spoilers do not explicitly say, it could lead to a hot hookup. Here’s what we know about this storyline so far.

In 2009, Sharon had a mental breakdown. She had slept with Nick (Joshua Morrow) while he was married to Phyllis (Gina Tognoni). Sharon wanted Nick to give her another chance, but he was torn between the two women. He still loved Phyllis and didn’t want to leave her. Sharon couldn’t handle the rejection and feeling like the other woman with Nick, she turned to Billy. They had a hot hookup and they had amazing chemistry. Of course, Billy Miller played the role of Billy Abbott in 2009.

They talk about their affair. Sharon: I’m not the same person who made those mistakes. The look on Billy’s face (lol). Love them. #Shilly #YR pic.twitter.com/qdz4eATOIY

Sharon found out she was pregnant with Faith (Alyvia Alyn Lind) and she wasn’t sure if Billy or Nick was her dad. Of course, we now know that Nick is Faith’s dad.

Young and the Restless spoilers tease that Billy is still grappling to accept that Phyllis doesn’t want him anymore. He was willing to brush her hookup with Nick under the rug, but she cannot forgive that he bedded her daughter, Summer (Hunter King).

Sharon has her own reasons for being heartbroken. She believed that she and Nick would finally have a chance at being happy. They had no more secrets between them. It was their time to reconnect and put their family together. However, the red bombshell Phyllis ruined it all. She and Nick slept together, and it ruined everything. She ended their engagement.

Billy leans on Sharon and shares his heartache about Phyllis. Sharon does the same. They find comfort in knowing that someone else knows how it feels to lose the one you loved. Given their history together, it is quite possible that one thing could lead to another. Imagine Phyllis and Nick’s horror if Sharon and Billy ended up being the next hot couple.

Young and the Restless fans, would you like to see Sharon and Billy hook up? Don’t forget to come back for more Y&R spoilers, news, and updates!