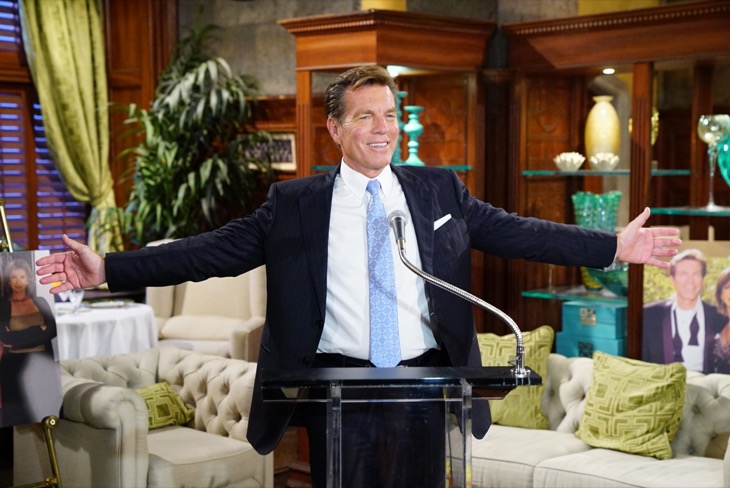 The Young and the Restless star Peter Bergman, who plays the iconic Jack Abbott, sat down with Soap Opera Digest and revealed his favorite storyline, talked working with his costars, and his favorite set.

Peter revealed that his favorite Y&R storyline is a tossup between two. He really enjoyed his first storyline when he took over the role in 1989. Jack had planned to regain control of Jabot by using Nikki (Melody Thomas Scott). He courted her, and it worked beautifully. At one point, he needed to tell Victor (Eric Braeden), you get Nikki, and I’ll take Jabot back. However, he had fallen in love with her and couldn’t give her up.

His other favorite storyline was his romance with Phyllis (Gina Tognoni). He revealed that Phyllis was a character that many couldn’t see him being with. She was feisty and often took wild chances. However, Peter said there was something about her that drove Jack crazy and he ended up falling pretty hard for her.

Bergman said that his some of his favorite memories on Young and the Restless are at the Abbott table. He particularly loves it when they eat breakfast together. He said one of the reasons why is things can either be really good –sweet and tender—between he siblings or things are really ugly, which usually results in bacon and pancakes flying across the room.

Another favorite set is the Abbott living room. He loves how they remodeled the whole Abbott house, except the living room, which is exactly how it was in the 80s.

Ashley Abbott will always have a place in our hearts. ❤️ Join @eileen_davidson on a walk down #YR memory lane as her time in Genoa City comes to a close. Make sure to tune in to her final episodes now through next Monday. pic.twitter.com/X0pVrOurr8

Peter admitted that he will miss Eileen Davidson, the actress who plays Ashley, very much. He said that she makes it very easy for him to play Jack. He noted they have a great deal of trust between them and she is a hard worker. He knew all he needed to do is show up and be Jack.

Marla Adams, the actress who plays Dina, is another one of his favorite costars. He revealed that she radiates love and light and that makes him feel good. One lesson he learned from her that past year is to be grateful for his job, as she is thankful to go to work every day.

Don’t forget to come back later for more Y&R spoilers, news, and updates!