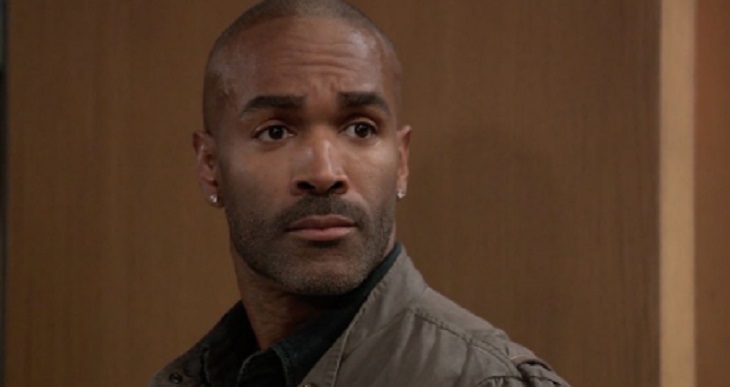 General Hospital (GH) spoilers for Tuesday, November 6, 2018 reveal a lot of conflict among loved ones with demands and questions being made. Clues are found and plans are made. One begs as another questions if they are sure. GH fans will not want to miss out on Tuesday’s episode!

GH sources tease that Dr. Lucas Jones (Ryan Carnes) knows something is going on with his husband Brad Copper, but he has no idea why. Meanwhile, Brad Cooper (Parry Shen) meets with Julian Jerome (William deVry), his father-in-law, and says Lucas will need his dad’s help after he is gone.

Dr. Hamitlon Finn (Michael Easton) comes to see Dr. Britt Westbourne (Kelly Thiebaud) who thought she was perfectly healthy; Finn, in somewhat of a threatening voice tells her she won’t be for long! Meanwhile, Anna Devane (Finola Hughes) meets up with PCPD Police Commissioner Jordan Ashford (Briana Henry Nicole) who wants something from Anna. Will Anna be able to give her what she is truly asking for?

The Port Charles Mayoral campaign is in full swing and PI Curtis Ashford (Donnell Turner) finds something mysterious on the printer at one of the campaign ballot offices; demanding to know what it is.

General Hospital spoilers reveal Michael Corinthos (Chad Duell) is enjoying his time with young baby, Wiley; completely oblivious to the fact that he is holding his own son, Jonah. He is asking them if they have “reconsidered” their decision, but he could be talking to several people of Port Charles who have made regrettable choices lately. Who is Michael talking to?

Young Spencer Cassadine (Nicolas Bechtel) pleads with his grandmother, Laura Collins (Genie Francis) to fall into the Quartermaine trap with Ned Quartermaine (Wally Kurth); because they are famous for doing what Ned is about to try. Detective Harrison Chase (Josh Swickard) stops Willow Tait (Katelyn MacMullen) outside Kelly’s and suggests he could arrest her for that. What was Willow doing to cause Chase to say that?

Be sure to tune into ABC’s General Hospital (GH) on Tuesday, November 6, 2018 to catch up on everything happening right now Port Charles. Check Hollywood Hiccups often for updates, news, rumors and spoilers!