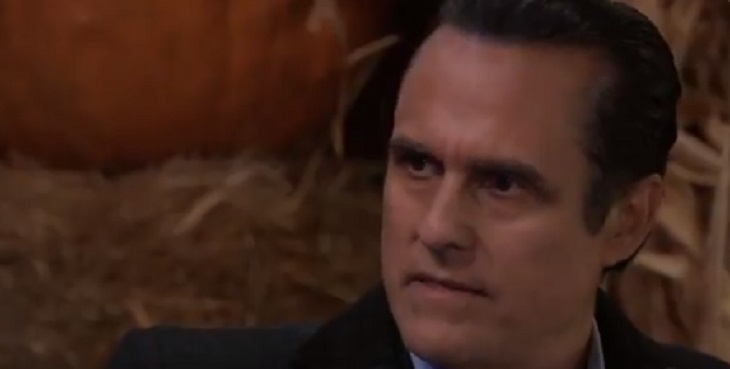 General Hospital (GH) spoilers for Thursday, November 8, 2018 reveal a lot of conflict, confusion and frustration. Families are in turmoil while trying to find solutions for their lives. Will people get the answers they are looking for? GH fans will not want to miss out on Thursday’s episode!

GH sources tease that PI Curtis Ashford (Donnell Turner) continues to be a distraction in the psychiatric facility Ferncliff, when the head nurse comes in and demands to know what he has been texting. Will he be able to cover his tracks?

PCPD Police Commissioner, Jordan Ashford (Briana Nicole Henry) comes to General Hospital looking for Franco Baldwin (Roger Howarth) and it appears to not be a pleasant visit either; in front of his fiancee Elizabeth Webber (Rebecca Herbst), Franco realizes Jordan is there to talk to “Franco the Killer.”

General Hospital spoilers reveal Cameron Spencer (Will Lipton) is confused as to why Josslyn Jacks (Eden McCoy) is in such a rush to get away from her mother, Carly Corinthos (Laura Wright). Meanwhile, Oscar Nero (Garren Stitt) is determined to emancipate from his parents, Dr. Kim Nero (Tamara Braun) and Drew Cain (Billy Miller). Oscar runs into his mother at Charlie’s Pub, informing her that he is moving forward with the lawsuit and there is nothing she can do about it!

Sonny Corinthos (Maurice Benard) goes to see Jeanette Marino (Ely Pouget), confronting her on why her husband, Vincent Marino was killed; DA Margaux Dawson (Elizabeth Hendrickson) is listening to the entire conversation. Will she finally believe Sonny when he told her that she didn’t want to know the full truth?

Back at Ferncliff, Sam McCall (Kelly Monaco) and Jason Morgan (Steve Burton) finally break into the room that was next to Carly’s. Sam demands answers, wanting to know who would fool them into believing this was a way out. Is Dr. Kevin Collins (Jon Lindstrom) in the room, or did Ryan Chamberlain have him moved before they arrived?

Be sure to tune into ABC’s General Hospital (GH) on Thursday, November 8, 2018 to catch up on everything happening in Port Charles right now. Check Hollywood Hiccups often for updates, news, rumors and spoilers!