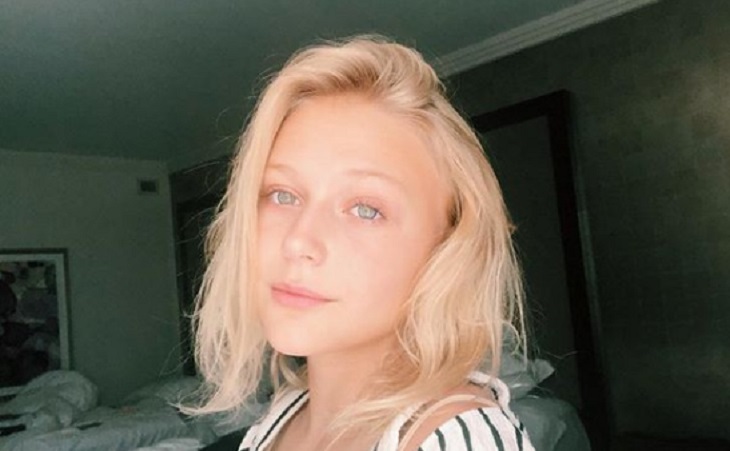 Apparently, Alyvia will be in New Mexico until next year, which is where she will shoot her upcoming new Netflix series called Daybreak. Alyvia will play the role of Angelica in the high school apocalypse dramedy.

Her role is described as someone who is “a precocious, abrasive pyromaniac, Angelica is a pain in the ass who Josh accidentally saves from a bloodthirsty gang when he mistakes her screams for Sam’s. She begs Josh and Wesley to let her team up with them, and her flair for making Molotov cocktails starts to come in very handy.”

So, what does this mean for Alyvia’s role as Faith? So far producers for The Young and the Restless have not made any comments about her character’s future on the show. But at the same time, seeing how New Mexico isn’t too far away from Los Angeles, there’s a chance that young Alyvia might be able to make the commute from time to time to film her scenes. In other words, Alyvia might be able to pull in double duty if she’s needed. We will definitely update you when more details come in.

so excited to announce that i will be apart of this amazing show with an amazing cast and crew!!! @netflix

The Young and the Restless airs weekdays on the CBS network. Check your local listings for times. In the meantime, drop us a line with your thoughts in our comments section below. And as always, don’t forget to check back with Soap Opera Spy for all the latest news, updates and spoilers on The Young and the Restless and all of your favorite daytime television shows right here!