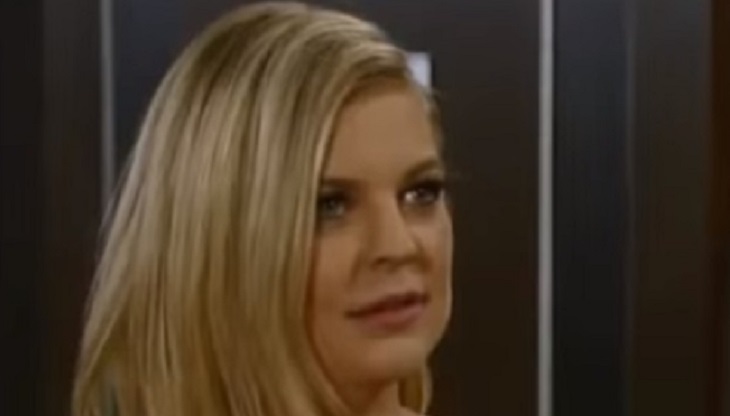 General Hospital (GH) spoilers for Wednesday, November 14, 2018 reveal some people share their worries with friends while others demand answers. Surprises and shocks are in store for Port Charles residents. GH fans will not want to miss out on Wednesday’s episode of the ABC soap opera!

GH sources tease that Elizabeth Webber (Rebecca Herbst) confides in former mother-in-law, Laura Collins (Genie Francis) that things are not okay in her life; as she doesn’t have anything under control right now. Will Laura be able to help her with all the chaos surrounding her?

Teacher, Willow Tait (Katelyn MacMullen) has a big surprise for her students as it is career day. She asks her students, including Charlotte Cassadine (Scarlett Fernandez) to welcome their special Career Day guests; everyone is “wowed” by who is there. Meanwhile, Scott Baldwin (Kin Shriner) appears to get his own shock, when he is standing in the halls of General Hospital!

Curtis goes to find Nina himself, confronting her. He wants to know why she hasn’t responded to their wedding invitation. Will she reveal that she is planning to go, and her plus one is possibly going to be Peter August?

GH’s Sasha Gilmore (Sofia Mattsson) finds Valentin Cassadine (James Patrick Stuart) and admits that she is worried. She frets that the longer she stays in Port Charles, the more likely it will be exposed that she is not really Nina’s daughter. Will Valentin find a way to keep Sasha in town?

Be sure to tune into ABC’s General Hospital on Wednesday, November 14, 2018 to catch up on all the exciting stories happening right now in Port Charles. Check Hollywood Hiccups often for updates, news, rumors and spoilers!