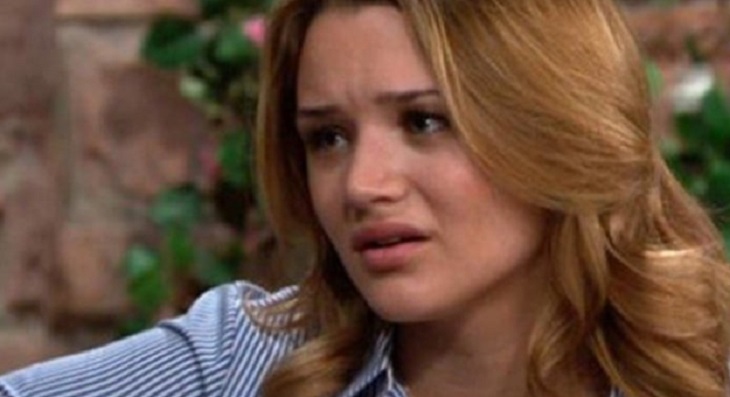 Summer (Hunter King) openly stated that her parents should not get back together on ‘The Young and the Restless’, yet they now are. More recently, King’s character has let Kyle (Michael Mealor) know that ‘Kola’ won’t make it either.

Many people agree with Summer when it comes to Phyllis (Gina Tognoni) and Nick (Joshua Morrow). That group contains varied members, some of whom are devoted ‘Shick’ fans and others who simply dislike Summer. The collective logic bond involves how ‘Phick’ first formed more than a decade ago and both character’s history since.

In what truly felt like a lead-in to Sharon and Nick being remarried, they weren’t. And, of all possible factors to dash this most recent attempt Y&R decided to inflict yet another dalliance between Nick and Phyllis on the audience. Wow!

Say what one will about Summer, but she knows her parents better than anyone, including all of their significant others. Time will confirm if her belief is actually more than just a gut-feel, but a realized prediction.

As of now ‘Phick’ is back on and Phyllis and Nick couldn’t care less what anyone in Genoa City, or their observers on the other side of digital screens think. Yeah, that’s just like them to be that way.

Summer is also betting that ‘Kola’ isn’t destined to be together either. She recognizes that Kyle is attracted to Lola (Sasha Calle), but believes that this new relationship is simply a rebound away from herself. A self-centered conclusion? Sure, but Summer could also be proven totally right in time.

The downward personal spiral Summer has taken since returning to town earlier this year naturally swayed everyone’s reaction to her. Summer has colored perceptions of anything she says, which now includes various takes on other people.

We’re always all smiles here at #YR! Spread some happiness below by tweeting an emoji. 😊😁☺️😋 pic.twitter.com/7I52ou6ORb

When separating the storms she’s caused from observation, it’s fair to give Summer her due and to take no final stance on either ‘Phick the Sequel’, or the likable couple that’s been cutely tagged as ‘Kola’.

While no one is likely to seek her advice regarding how they should handle their personal lives, Summer may look like the sage in retrospect months from now. Maybe by that time, and along with consistent contrition, Miss Newman will have also reestablished the respect of her loved ones and friends.