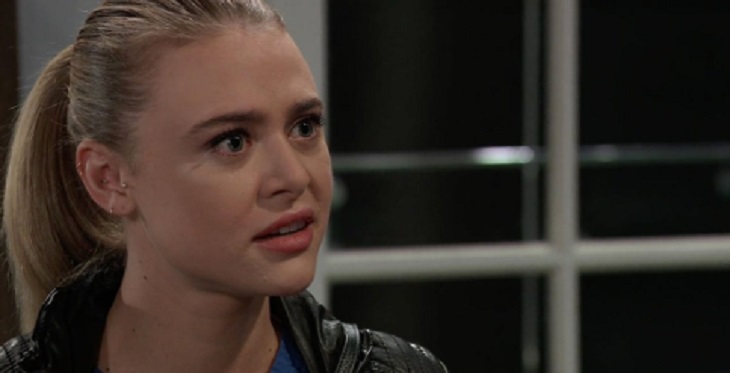 General Hospital (GH) spoilers for Monday, November 19, 2018 reveal shocking arrivals while family members confront one another. A sinister ploy is set in motion as someone confesses what they truly feel. GH fans will not want to miss out on Monday’s episode of General Hospital!

GH sources tease that Stella Henry (Vernee Watson) is in for the shock of her life when she is sitting in Kelly’s and her old flame, Marcus walks in. How will she react to seeing him for the first time in over 30 years?

Sam McCall (Kelly Monaco) goes to Charlie’s Pub to confront her father, Julian Jerome (William deVry) asking him if he will actually respect those boundaries. Julian doesn’t look too impressed with Sam’s questions, but will he abide by her request?

General Hospital spoilers reveal Dr. Monica Quartermaine (Leslie Charleson) invites her grandson, Oscar Nero (Garren Stitt) over to discuss his lawsuit against his parents, Dr. Kim Nero (Tamara Braun) and Drew Cain (Billy Miller). She voices her concern about him not willing to seek the experimental treatment, offering to explain to him what he is truly up against. Will Oscar listen to what Monica has to say? Kim tells Drew that he may be willing to give up but she definitely is not!

Ava Jerome (Maura West) sneaks into Sasha Gilmore’s (Sofia Mattsson) room at the Metro Court, whispering, “Sweet dreams, Princess!” as she had drugged her earlier and she is knocked out in her bed. Kiki Jerome (Hayley Erin) confides in Franco Baldwin (Roger Howarth) that she has weird vibes when it comes to her beau, Dr. Griffin Munro (Matt Cohen) and her newfound sister, Sasha.

Meanwhile, Griffin is spotted knocking on Sasha’s hotel room door as Ava hides behind a wall. Why is Griffin there and will he find Sasha passed out in bed?

Be sure to tune into ABC’s General Hospital on Monday, November 19, 2018 to catch up on all these exciting stories and so much more. Check Hollywood Hiccups often for updates, news, rumors and spoilers!