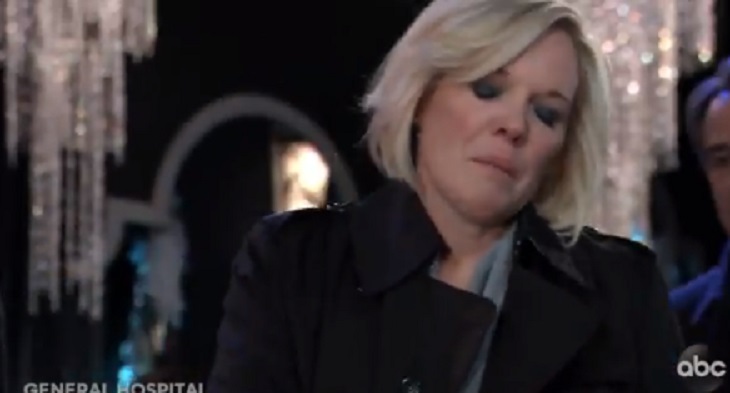 General Hospital (GH) spoilers for Friday, November 30, 2018 reveal as one family begins a journey of hope, several people in Port Charles grapple with the shocking news of a terrible death and who might be responsible. Citizens are inconsolable, while some give comfort and others are determined to prove what truly happened. GH fans will not want to miss out on what happens on Friday’s episode of General Hospital!

GH sources reveal Dr. Terry Randolph (Cassandra James) greets Oscar Nero (Garren Stitt), along with his parents, Dr. Kim Nero (Tamara Braun) and Drew Cain (Billy Miller); wanting to know if Oscar is ready to begin the clinical trial for his brain cancer. Is Oscar going to go through with the treatment as he promised, or will he need Josslyn Jacks (Eden McCoy) by his side to do so?

Meanwhile, PI Curtis Ashford (Donnell Turner) informs his dear friend, Nina Reeves (Michelle Stafford), along with Valentin Cassadine (James Patrick Stuart) and Kiki’s “half-sister”, Sasha Gilmore (Sofia Mattsson) that the GCPD have arrested Dr. Griffin Munro (Matt Cohen) for the murder of his girlfriend, Kiki Jerome. How will they all react to the dreadful news?

General Hospital spoilers reveal Anna Devane (Finola Hughes) goes to see Griffin, while he is under arrest and informs him that this is definitely not a random act of violence that killed Kiki. Ryan Chamberlain (Jon Lindstrom) stays by Ava Jerome’s (Maura West) side, continuing to be the main support for the inconsolable mother.

Jason Morgan (Steve Burton), who was sound asleep on the couch, is startled awake by a woman who attempts to touch him; it appears to be Sam McCall (Kelly Monaco) who shocks him, but he roughly grabs her wrist. Was Jason having a bad dream?

Be sure to tune into ABC’s General Hospital (GH) on Friday, November 30, 2018 to catch up on everything happening in Port Charles right now. Check Hollywood Hiccups often for updates, news, rumors and spoilers!