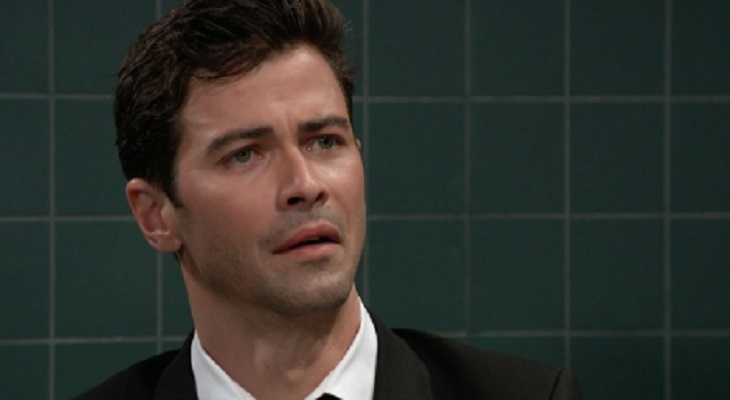 General Hospital (GH) spoilers for Tuesday, December 4, 2018 reveal many secrets are coming out. Conflicted feelings exposed as warnings and threats are issued. Confrontations happen while someone is shocked by the blatant truth! GH fans will not want to miss out on Tuesday’s episode of the ABC soap opera!

GH sources tease that nurse Epiphany Johnson (Sonya Eddy) is back at the Nurses station and when she overhears Anna Devane (Finola Hughes) and Dr. Hamilton Finn’s (Michael Easton) conversation, she demands to know if they are out of their mind; one has to wonder which part of their ploy she is more angry about?

A very confused Maxie Jones (Kirsten Storms) tells her mother, Felicia Scorpio (Kristina Wagner) that she thinks it might be too soon after Nathan West’s (Ryan Paevey) death for her to have feelings for another man. Meanwhile, outside the apartment, Mac Scorpio (John J. York) warns Peter August (Wes Ramsey) that he will make his life a living hell. It is quite obvious Mac is being very protective over his “little girl”. Will Peter and Maxie take the chance on love?

General Hospital spoilers reveal DA Margaux Dawson (Elizabeth Hendrickson) catches Sonny Corinthos (Maurice Benard) at a vulnerable moment. He is still at the cemetery, where he was talking to Morgan’s grave and how Kiki Jerome (Hayley Erin) was now with him; hoping they will take care of each other. Margaux walks into the graveyard, threatening Sonny that if he makes one move, she will make his life a living hell.

Dr. Griffin Munro (Matt Cohen) continues to deal with the fallout of the tragic death if his love, Kiki. At the PCPD, Police Commissioner Jordan Ashford (Briana Nicole Henry) and Detective Harrison Chase (Josh Swickard) confront him, demanding to know the truth about Ava Jerome (Maura West); and they want it “right now!”

GH’s Ava, in the mean time, is literally facing the devil in disguise when Ryan Chamberlain (Jon Lindstrom) admits to her that he is the one who killed her daughter. She looks at him, questioning it; but he reaffirms that he definitely did do it! How is Ava going to react to the psycho killer in hier living room?

Be sure to tune into ABC’s General Hospital (GH) on Tuesday, December 4, 2018 to catch up on everything happening right now in Port Charles. Check Hollywood Hiccups often for updates, news, rumors and spoilers!