The Young and the Restless (YR) Spoilers: Summer’s Exit Presents Kyle With Opportunity – Lola Is Like John 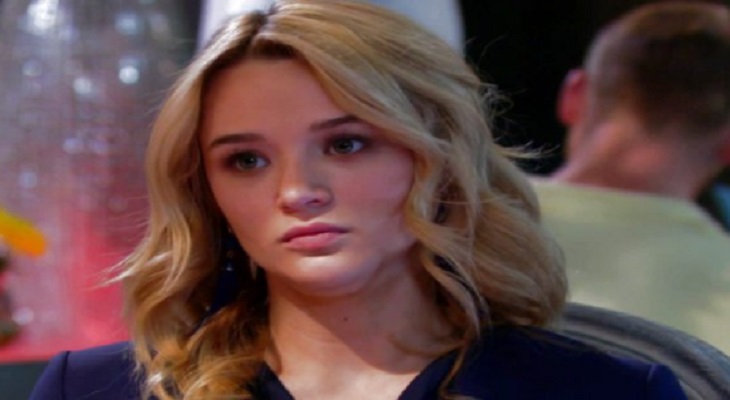 Summer’s (Hunter King) acceptance of her grandfather’s job offer and seeming exit from Genoa City should help Lola (Sasha Calle) on ‘The Young and the Restless’. The decision should also aid Kyle (Michael Mealor) as well, if he’s mature enough to realize what a wonderful opportunity he’s been given.

Kyle is used to getting what and who he wants. That happens when one’s grandfather, John Abbott (Jerry Douglas), took a risk and realized independence decades ago.

The head of the Abbott family founded Jabot Cosmetics and worked hard to make that business flourish. Its riches have since been shared by Jack (Peter Bergman), Ashley (Eileen Davidson), Traci (Beth Maitland), and others, which include the Abbott grandchildren. Summer has a similar experience to Kyle’s, in that her grandfather, Victor Newman (Eric Braeden), also realized the American dream and created his own success.

Lola’s story is different. Y&R hasn’t fully fleshed out her family’s backstory. Viewers don’t yet know what her parents, or grandparents histories are. It seems as though her mother passed on and that her father was a source of conflict between her brothers.

With whatever proves true, daytime fans see that Lola is making her own way in the world. She’s not able to benefit from family-earned money. But like John and in a business sense, Victor, Lola is building her own world. That makes her different than many other ladies within Kyle’s social circle.

The drastic revamp of King’s character was intended to present a hedonistic, lost, reckless soul. Mission achieved Y&R. However, in contrast the creation of Lola provides a likable young person who doesn’t feel entitled, but instead wants to earn elusive happiness day-by-day.

Kyle’s fresh start could mean that he deepens his relationship with Lola, who recently acknowledged her honorable, personal principles. He might eventually present her with an engagement ring and come to call her his spouse. That’s down the road and will take honest effort.

John’s business success was never guaranteed and neither is Lola’s. But personal ties are infinitely more subjective and fragile, as John came to experience with Dina (Marla Adams).

Kyle is about to be tested as he never has been before. Because loving Lola will require a change of heart. For her part, Lola mustn’t invest too much of herself in business. A balanced life can include Kyle and whatever their family might be.