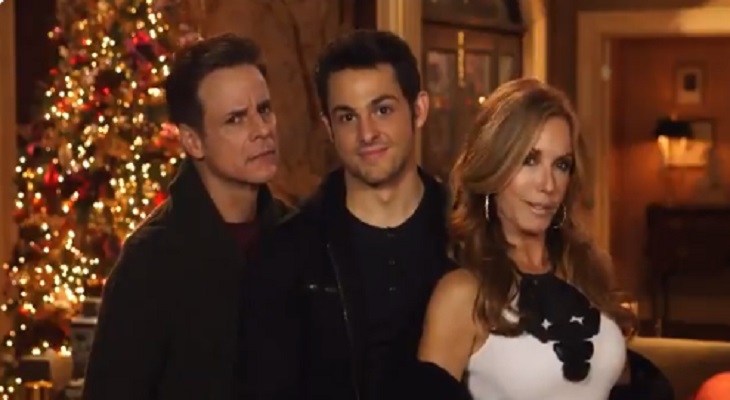 Fen (Zach Tinker) throws off his dad’s profession on ‘The Young and the Restless’. This recast character turn allows Tinker’s edition to begin pursuing the musical path that his mom once followed.

Longtime Y&R fans recall the show’s glory days when Danny Romalotti (Michael Damian) rocked on and millions of female viewers swooned. While the days of Lauren (Tracey Bregman) joining Danny on stage are now just fond memories, Fen’s newly discovered interest in music may provide an opportunity to revisit the past while also playing into current Genoa City options.

Two easy tells would see Fen signing with Devon’s (Bryton James) LP Streaming label, while also becoming addicted to pills again. The sketchy characters who have burrowed their way into the multi-billionaire’s world are exactly the type of personalities that ‘Likey’ wants their son to avoid.

The Young and the Restless (YR) Spoilers: Summer’s Exit Presents Kyle With Opportunity – Lola Is Like John

As viewers recall, Fen (as then played by Max Ehrich, who was last seen in 2015) experienced and then overcame addiction issues. Intriguingly, Tinker’s edition referenced his substance abuse as being under control when asked by Lauren shortly after Fen’s reemergence.

The intersection of Devon’s devolution and Fen’s return to town surely projects to potential trouble for both characters. Would the willing younger Baldwin man be easily persuadable, or trip back into old habits if he’s around bad influences? That’s clearly a two-part question that must be asked.

Off-stage, it’s great to see Y&R offer Bregman and LeBlanc be given a new, combined storyline. Bregman’s Y&R debut came in 1984. She was soon paired with Danny, whose sister Gina (Patty Weaver) was quite the songstress herself.

LeBlanc joined the cast in 1991. He came into conflict with Christine (Lauralee Bell), who was Mr. Romalotti’s greatest love, but eventually called ‘Cricket’ his mentor and friend.

Hardcore soap fans pride themselves on knowing their show’s history. So, the reappearance of Lauren in recent months was promising. Michael’s follow, along with Fen’s recast gives devoted followers of this iconic soap a desired early Christmas gift.

Next week on #YR, Michael and Lauren are surprised when Fen returns to Genoa City, Mia’s party gets awkward, Ana tries to help Devon, and more! pic.twitter.com/7e2NLHfwv5

Yes, one of their favorite couples and families is back! Lauren, Michael, and Fen are now set to explore what hopefully proves to be a long and satisfying, interwoven story.