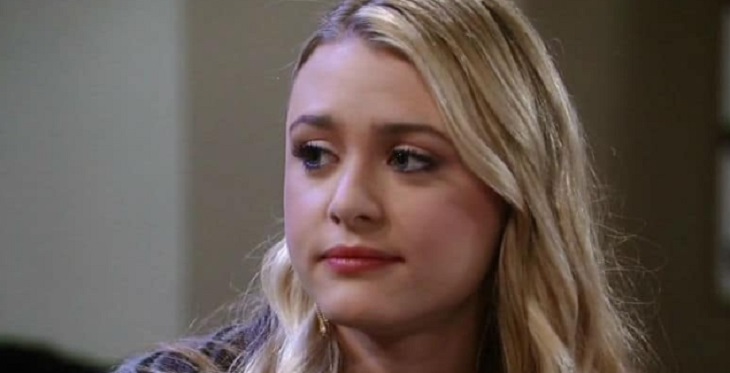 Many GH viewers have been speculating for a while what was going to happen to the beautiful actress we have come to love, and what a shocking exit it was!

GH sources indicate that Hayley Erin had been busy working on a new project with the Freeform Network series ‘The Perfectionists’ – a spin off from the highly successful ‘Pretty Little Liars’.

A series that has ties to another hugely beloved actress, Kimberly McCullough, who portrays Dr. Robin Scorpio Drake; although she was behind the camera, directing several episodes of the primetime series. It is unfortunate that ABC/Disney and Freeform could not work out a deal to keep Hayley around and ultimately she left for the primetime role. There is no doubt the feisty and loving Jerome will be deeply missed!

Although Hayley did not originate the character, she took over the role from Kristen Alderson in 2015 and definitely made “Kiki” her own, remaining in the role until her death this past week. Her arrival on screen was a bit of a shady one, where she had Morgan Corinthos (Bryan Craig) involved in some extreme poker habits, causing him to be beaten up and owing massive gambling debts.

She, like several women in daytime drama, falls in love with both of the Corinthos brothers, but ultimately loves Morgan; who unfortunately ends up in the clutches of her mother, Ava, who had no qualms of sleeping with her daughter’s love. Kiki found love again with Dillon Quartermaine (Robert Palmer Watkins) and finally Dr. Griffin Munro (Matt Cohen), but she seemed as unlucky in love as anyone could be.

“I don’t need to see a psychiatrist… but I think you do!” #GH55 pic.twitter.com/UvRj9IuqfU

General Hospital (GH) spoilers reveal Hayley Erin may be off to a new primetime series that is set to air sometime in 2019, but she is no stranger to TV. She has appeared on NCIS (Kasey Powers, 2016), The Rebels (Heather Massella, 2014), Melissa & Joey (Noelle, 2012/13) and even portrayed a younger Abby Newman/Carlton on CBS’ The Young and the Restless (Y&R). Keep an eye out for her new project ‘Pretty Little Liars: The Perfectionists’!

Be sure to tune into ABC’s General Hospital (GH) to catch up on everything happening in Port Charles right now, especially as Kiki Jerome’s murder mystery unfolds and impacts several citizens. Check Soap Opera Spy often for updates, news, rumors and spoilers!