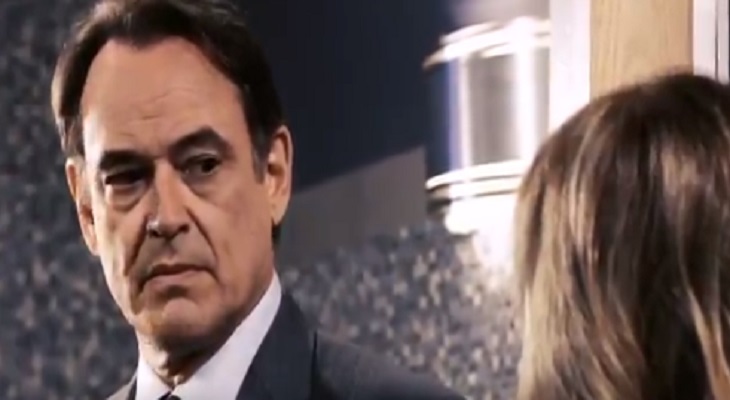 General Hospital (GH) spoilers for Thursday, December 6, 2018 reveal angry confrontations, while many question the facts.  Evidence arises while another pleads his case.  Arch enemies come face to face!  GH fans will not want to miss out on Thursday’s episode of General Hospital!

GH sources show Willow Tait (Kathelyn MacMullen) is at General Hospital, where she runs into Michael Corinthos (Chad Duell).  She asks him if he wouldn’t mind, she could use his help.  It appears Willow is interested in both Michael and Chase, who will she end up with?

Curtis Ashford (Donnell Turner) is in bed with his new bride, PCPD Police Commissioner, Jordan Ashford (Briana Nicole Henry) when he reminds her things that seem too good to be real, often times are!

Is he suggesting she open her eyes regarding Kiki Jerome’s (Hayley Erin) murder, and look beyond Dr. Griffin Munro (Matt Cohen) as her only suspect?  Meanwhile, Griffin pleads his case with Detective Harrison Chase (Josh Swickard), insisting he didn’t kill Kiki.

Anna Devane (Finola Hughes) is with Dr. Hamilton Finn (Michael Easton) when Dr. Liesl Obrecht (Kathleen Gati) arrives to where they are staying.  Finn jokingly asks Liesl if she would like to dance; fully expecting her to fall into their trap!

Ryan Chamberlain (Jon Lindstrom), who is still pretending to be Dr. Kevin Collins, is fed up with Laura Collins (Genie Francis) meddling and angrily confronts her; shouting in her face, saying “That will be the last thing you ever say to me!”  Laura moves back, shocked by his words and behavior.  What has she done to cause such a horrific reaction from Ryan, and will she become his next potential victim?

Be sure to tune into ABC’s General Hospital (GH) on Thursday, December 6, 2018 to catch up on all the exciting storylines happening right now in Port Charles.  Check Hollywood Hiccups often for updates, news, rumors and spoilers!