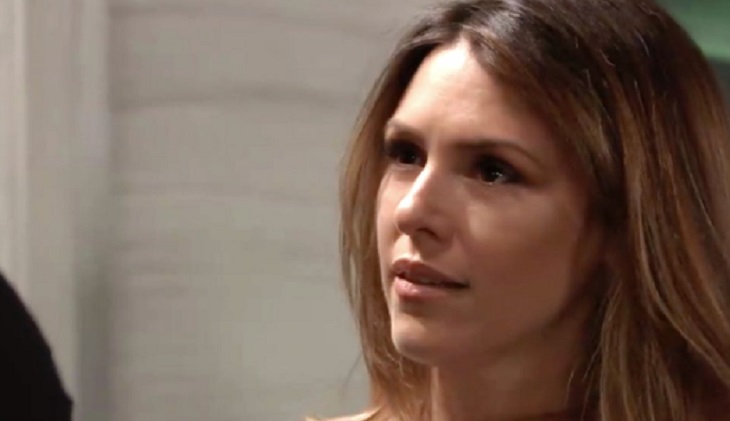 General Hospital (GH) spoilers for Monday, December 10, 2018 reveal confrontations from strangers, while questions are asked. Help is offered as someones obsession continues; the funeral of a loved one begins. GH fans will not want to miss out on Monday’s episode of the ABC soap opera!

DA Margaux Dawson (Elizabeth Hendrickson) goes to see Drew Cain (Billy Miller) at General Hospital, questioning why he is so afraid to take the thumb drive; does he not want to know what his past holds? Meanwhile, Jason Morgan (Steve Burton) visits his nephew, Oscar Nero (Garren Stitt) asking him to tell him what he wants and he will see if he can do it.

Michael Corinthos (Chad Duell) brings Avery Corinthos (Ava and Grace Scarola) to see her mother, Ava Jerome (Maura West), informing her that everyone felt it best that she was the one to tell her about Kiki’s death. A short time later, all of Kiki’s loved ones gather at the church for her funeral with Ava, Ryan and Julian Jerome (William deVry) sitting front and center. It looks like a very tense crowd with some very emotional and explosive feelings; something viewers will not want to miss!

Be sure to tune into ABC’s General Hospital (GH) on Monday, December 10, 2018 to catch up on all these exciting stories and so much more happening right now in Port Charles. Check Hollywood Hiccups often for updates, news, rumors and spoilers!