Young and the Restless Spoilers: Rey Suspects Newman Family Of Murder And Coverup 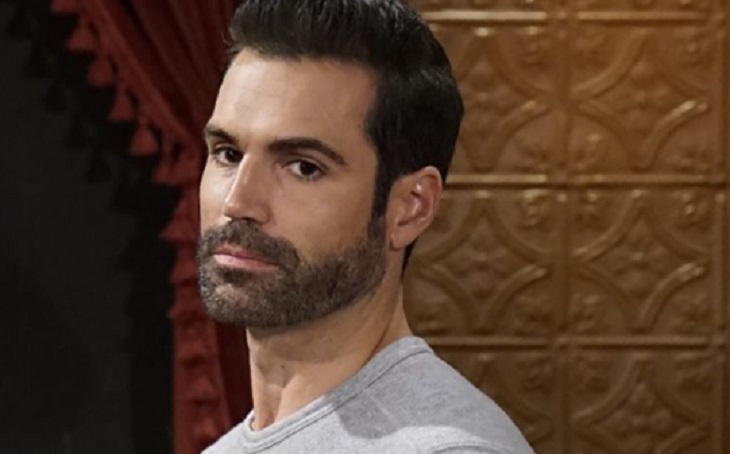 The Young and the Restless spoilers tease that Rey’s (Jordi Vilasuso) suspicions about the Newman family continue to increase. It’s understandable that Detective Rosales believes Victor (Eric Braeden) murdered J.T. (Thad Luckinbill) and that the Newman family has been protecting the Moustache.

Of course Y&R fans know that J.T. was hit on the head by Nikki (Melody Thomas Scott), who then believed, along with three other involved ladies, that she’d accidentally killed her daughter’s crazed, ex-fiance. All of which then created the need for a coverup of those actions, which initially included Sharon (Sharon Case) and Phyllis (Gina Tognoni), and have now spread to Tessa (Cait Fairbanks) and Mariah (Camryn Grimes).

The fire at the Ranch is yet another soapy crisis that makes the Newman group, a legally licensed entity since the 1980’s, and also a group that calls itself a family, look guilty. Being a newcomer to Genoa City, it’s natural that Rey would be confounded by the complex web of lies he’s been told by these people.

For his part, Nick (Joshua Morrow) came clean with Rey. He told his one-time, momentary friend, that J.T.’s identity was assumed as part of a gaslight plan. What type of son does that to his dad? Not knowing the full answer to that question, GC’s lead detective remains uncertain about anything any Newman has said about this unsolved case.

Along with the fire at the stables, the discovery of a bloody shirt, which contains J.T.’s DNA, makes matters worse for the Newman’s. With Mr. Hellstrom’s body missing and a pile of odd circumstantial evidence existing, anyone, most especially the cited detective, would think that at least Nikki and Vickie are covering for the Black Knight.

As was recently seen, Nikki became frantic when she was unable to contact Victor through his cell phone, or via email. Vickie’s verification of the same outcome even made Nick worry.

So, for the next few weeks, Victor will remain somewhere doing something. Possibly, he’s just gone off the grid intentionally? Maybe the person who moved J.T.’s body is holding the great man hostage?

With whatever proves true, it now appears that Y&R will begin to wrap the J.T. Dies (apparently) arc, which began in mid-April, leading into Christmas week. That likely means a mega-holiday climax, or an epic early New Year’s final act.