‘The Young and the Restless’ Spoilers: Rey and Sharon Couple Potential Increases Dramatically 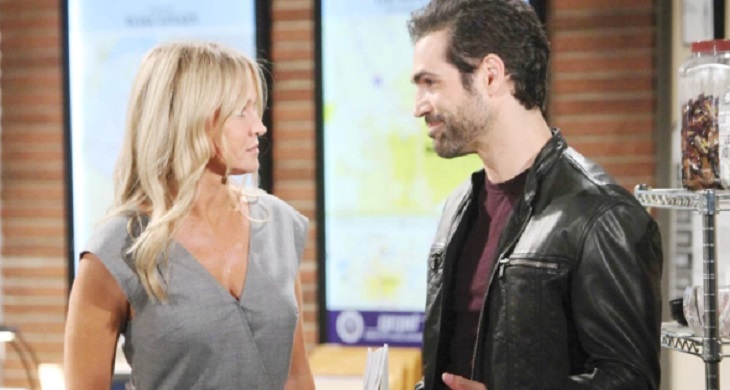 The Young and the Restless spoilers tease that the possibility of Rey (Jordi Vilasuso) and Sharon (Sharon Case) becoming a couple has increased dramatically. The reason involves one specific person. Her name is Mia Rosales (Noemi Gonzalez).

As viewers now know, Rey was happy to leave Miami, Florida, and come to Genoa City, Wisconsin, to work for the police commission. His ongoing efforts related to the J.T. Hellstrom (Thad Luckinbill) case served as a full distraction from life with his estranged wife. Lift strange, that’s locked within the word estranged because what Mia did to Rey and his brother, Arturo (Jason Canela) was just not right.

Young and the Restless Spoilers: Rey Suspects Newman Family Of Murder And Coverup

Sharon actually hasn’t been reeling since Nick (Joshua Morrow) impulsed into his latest betrayal. His subsequent move to fully recouple with Phyllis (Gina Tognoni) further affirmed Sharon’s gut instinct that Shick’s most recent failed attempt to get remarried was for the best. So, the building friendship that began to turn romantic just prior to Mia’s arrival made sense and projected organically to hardcore viewers.

It would have been one thing for Mia to arrive and begin repairing whatever her relationship still is with Rey. Instead, Mia’s reckless reveal at the Jabotique party actually serves to increase chances that Shey will become a couple in the near future.

There’s no doubt that Rey is still heavily influenced by Mia and that he’s physically overwhelmed by her when they are alone in the apartment above Crimson Lights where Sharon serves as landlord. However, Mrs. Rosales’ needless public humiliation spectacle reopened wounds for the Floridian duo that won’t mend any time soon, if ever.

The Young and the Restless #YR Spoilers: Billy Wants Phyllis Back; Is Tessa Innocent? @celebratesoaps https://t.co/7eQRgyuIj0

Rey was drawn to Sharon since he first arrived in GC. While his main intention was case-related, the victim’s assistance position he created and helped Sharon secure at the department has also allowed a work day proximity that furthers a developing personal connection between both characters. That, along with negative pressure from his spouse makes Case’s character look like what she is, the anti-Mia.

For her part, Mia knows that Sharon is a threat. She recognizes Rey’s interest in his co-worker and apartment overlord isn’t purely platonic and has already gone well beyond flirting. Thus the direct verbal threats Mia made to back off her man.

Sharon’s initial response was to comply to Mia’s demand. However, now that Sharon knows about Mia’s involvement with Arturo it will be fair for her to wonder if the Rosales’ are going to persist?

It would be hard to imagine that Mia will suddenly become a shrinking violet. Recognizing that reality and in consideration of their stormy past, splitsville seems inevitable for the still-married couple. When that happens, or maybe as it develops, Rey and Sharon will grow closer and so too will Shey’s potential to exist.