Days of Our Lives Spoilers: Gabi Begs Rafe for Help, But is She Beyond Redemption? 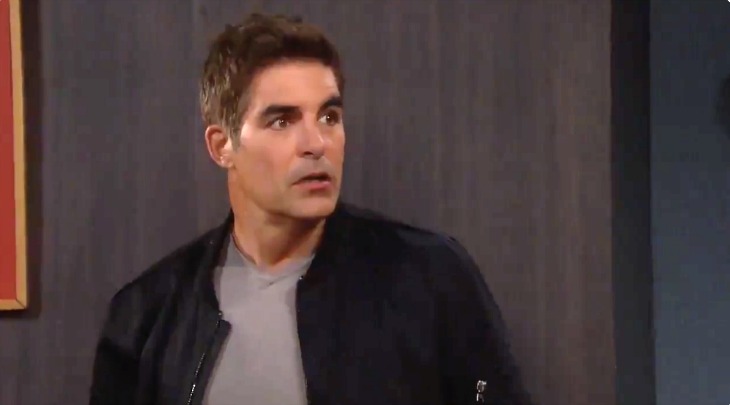 “Days of Our Lives” spoilers tease that Gabi (Camila Banus) will be desperate for help. Risking a high penalty for her actions, she turns to Rafe (Galen Gering) for help. However, is she beyond redemption? Has she done too much and is it too late for forgiveness and a slap on the wrist?

DOOL Spoilers – The Moment Viewers Have Been Waiting For Happens

Gabi has done a lot of things during the years. However, fans are seeing her desperation and bitterness get the best of her. What she has done to Chad (Billy Flynn) and Abigail (Kate Mansi) is horrible. Viewers were waiting for the day when the truth would be revealed and that day is coming up next week.

“Days of Our Lives” spoilers reveal that Julie (Susan Seaforth Hayes) will wake up. At first, she doesn’t recall what happened. However, on Christmas Day, it comes flooding back to her. THat is when she tells everyone that Gabi switched the paternity test results. Charlotte is not Stefan’s (Tyler Christopher) child, but Chad’s.

There is also the fact that Gabi manipulated and lied to Chad. She had him convinced that Abigail’s altar, “Gabby” had returned. As a result, she was thrown into Bayview and was forced to put on a dangerous act for Stefan in order to get out. It was the only way she could be reunited with her baby girl.

Days Of Our Lives Spoilers – Gabi Believes Her Actions Were Justified

There are a lot of other evil deeds that Gabi has done. Of course, in her mind, her actions are justified. However, fans will not be as forgiving. The one person that will always help and forgive Gabi is her brother, Rafe. That is exactly who she turns to, but it might be out of his hands.

“Days of Our Lives” spoilers also tease that Rafe helping Gabi will cause tension between “Rope.” After all, the Bradys and Hortons are two of the core families in Salem. Julie could have lost her life after falling down the stairs. Plus, Gabi came close to smothering an unconscious Julie in the hospital. Not to mention everything Gabi has done to Abigail.

If redemption is possible, it won’t be for a long time. While Gabi going to prison for a crime she didn’t commit was horrible, Abigail didn’t do it intentionally. It wasn’t even the real Abigail who testified on the stand. However, if she hadn’t been sent to prison, then she wouldn’t have been attacked and would still be able to have children.

Gabi just wants someone to blame and has made Abigail her target. Fans will just have to wait and see what happens with Gabi’s character as the weeks and months go by.