Days Of Our Lives Spoilers: Will Eric and Sarah Become A Couple? 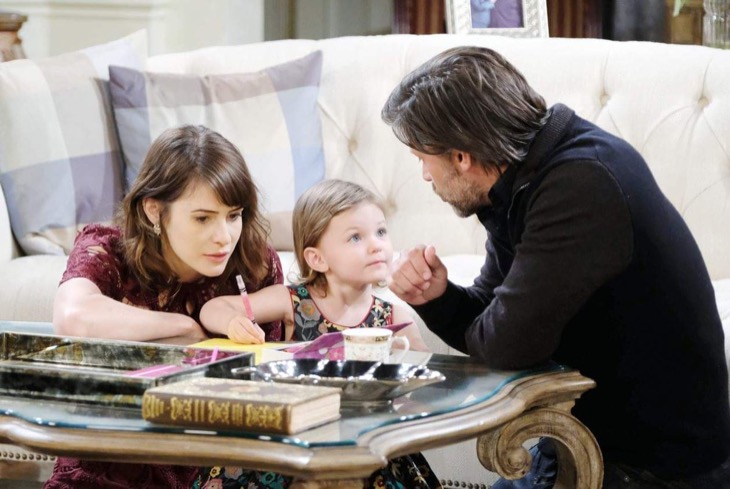 Days Of Our Lives spoilers tease that Eric Brady (Greg Vaughn) and Sarah Horton (Lindsey Godfrey) might just become a couple, and maybe even get as far as the altar! Both are ripe for rebound, with Eric having lost Nicole Walker (Arianne Zucker) to death quite some time ago (as far as he knows) and Sarah having been cheated on by Rex Brady (Kyle Lowder) with Mimi Lockhart (Farah Fath).

Sarah just found out Rex and Mimi and their baby moved back to Chicago, where Sarah had been living, and she is still raw enough inside to not want to go back to her job there. Luckily, Kayla Johnson (Mary Beth Evans) was able to give Sarah a job at University Hospital so she could stay in Salem.

Eric and Sarah felt an instant connection when they met; usually, this turns into “love at first sight” or the feeling that people are soulmates, many times in real life as well as on soap operas. In reality, Rex is Eric’s half-brother, sharing a father in Roman Brady (Wayne Northrop). Interestingly, both men have twin sisters, Eric’s being Sami Brady (Alison Sweeney) and Rex’s being Cassie Brady (Alexis Thorpe). Eric is also stepbrothers with Brady Black (Eric Martsolf) since Eric’s mother, Marlena Evans (Deidre Hall) is married to Brady’s father, John Black (Drake Hogestyn).

Eric is trying to keep his promise to Nicole that he would raise her daughter Holly (Harlow and Scarlett Mallory) which he believes counts more than a letter she previously wrote to Chloe Lane (Nadia Bjorlin), who was the surrogate mother to Holly. Having a female figure in the household would help his chances of trying to gain custody of Holly, even though he actually has no legal standing since he was only Nicole’s boyfriend, and not Holly’s father or even stepfather.

Days of Our Lives Spoilers: Gabi Begs Rafe for Help, But is She Beyond Redemption?

Sarah already loves Holly, having known her since birth and she may be the perfect person to help Eric raise her. However, the huge custody fight that seems to be in the works may be a moot point when Nicole comes back to Salem alive! Arianne Zucker is already filming scenes, and Nicole may even put a halt to a possible wedding between Eric and Sarah…that would be a dramatic entrance indeed! Stay tuned to Days of Our Lives and keep reading Days of Our Lives spoilers frequently to see what happens down the road!