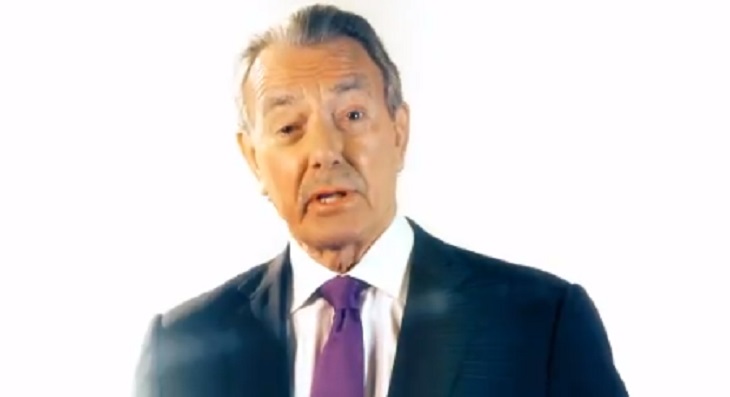 Y&R spoilers indicate Nikki (Melody Thomas Scott) awakens on ‘The Young and the Restless’. That’s the type of miracle her family is wishing for in Genoa City. Meanwhile, a returned Victor (Eric Braeden) literally takes matters into his own hands in order to move beyond hope to action.

Unlike what Nikki, Vickie (Amelia Heinle), and Sharon (Sharon Case) did to Tessa (Cait Fairbanks), Victor is not actually “kidnapping” Nikki. Instead, he’s protecting his wife from harm by removing her from danger and ensuring that she receives fully focused medical care. The ‘Moustache’ wishes for his wife’s recovery created some of the more heartwarming scenes in 2018’s memory.

As was proven by Victor’s entrance into GC’s Memorial Hospital, literally anyone, even a wanted criminal, as Rey (Jordi Vilasuso) has deemed him, could have access to Thomas Scott’s currently comatose character. That’s why Victor’s actions are both protective and preventative.

The Moustache wishes for his wife’s recovery are being furthered through what he’s done. As Y&R viewers recall, Nate (Brooks Darnell) was and remains Nikki’s concierge doctor before he recently served as her surgeon. Dr. Hastings’ initial arrangement will be utilized now.

Vickie and Nick (Joshua Morrow) were recently told by Nate that their mother may not have much time left on this earth. That’s why time is critical and Victor’s actions should prove key to her life continuing.

Along with the above, another Christmas week wish in this fictional Wisconsin town involves the exposure of whoever’s been torturing Nikki and the rest of her coverup crew. While Rey is a good detective, he’s unable to cross law lines that Victor is running over to help his one true love.

#MerryChristmas from all of us at #YR and St. Nick himself. 😉 pic.twitter.com/trD27gmdh0

By transferring Nikki to a more secure environment, Victor is likely setting in motion a series of events that will draw out the true villain. Braeden’s just returned character isn’t responsible for J.T.’s (Thad Luckinbill) head conk, that unfortunately resulted in Mr. Hellstrom’s death. No, that was Nikki. And whoever subsequently moved J.T.’s body in order to seek revenge must be revealed so that this long-running arc can end.