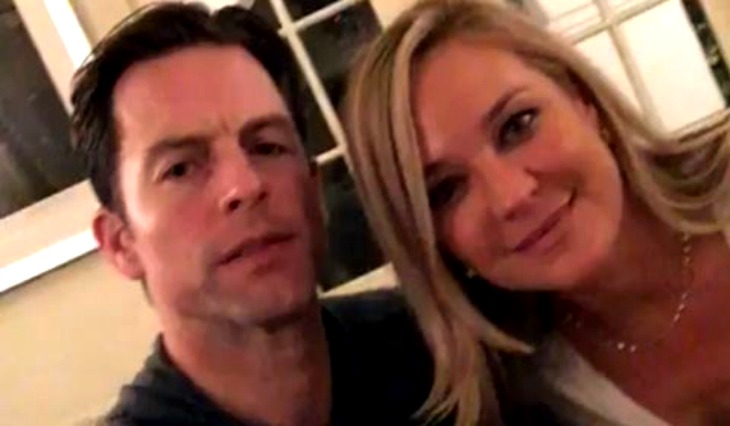 Michael Muhney and Sharon Case have been friends for years They once played married couple Sharon and Adam Newman on Young and the Restless. They have such wonderful chemistry that many fans and social media users believe they are a couple in real life. Muhney decided to clear up this false rumor by explaining their relationship.

Michael explained on Twitter that Sharon Case is one of his closest friends and probably his best friend. They are very close and they have been since his early Y&R days in 2009. However, they are not an item. Muhney said that he is married to his bestest BFF, Jaime. He pointed her to his Twitter profile, which had Sharon, Jaime and himself goofing off in a series of videos.

Michael said this is not the first time this has come up, so he wanted to clear up the confusion. The talented actor acknowledged that he and Sharon have great on-screen chemistry, so he “sort of” understands why people think that. At any rate, he is not married or in a romantic relationship with Sharon, he is a happily married man!

Michael’s followers chimed in, saying that it’s no secret that Sharon and he are great friends. And, they pointed out, he talks about his wife and kids often so it’s clear he loves his family too. In fact, his followers suggested Jaime (his wife) act in a scene with him.

Young And The Restless Spoilers: Sharon And Rey – How Long Before They Hit The Sheets?

It’s great that Michael and Sharon have stayed close all these years. Shadam fans are still holding out hope that Michael Muhney will step back into the role of Adam Newman in the coming months.