General Hospital Spoilers: Jason Warns Sonny Margaux’s Getting Too Close, Will He Listen? 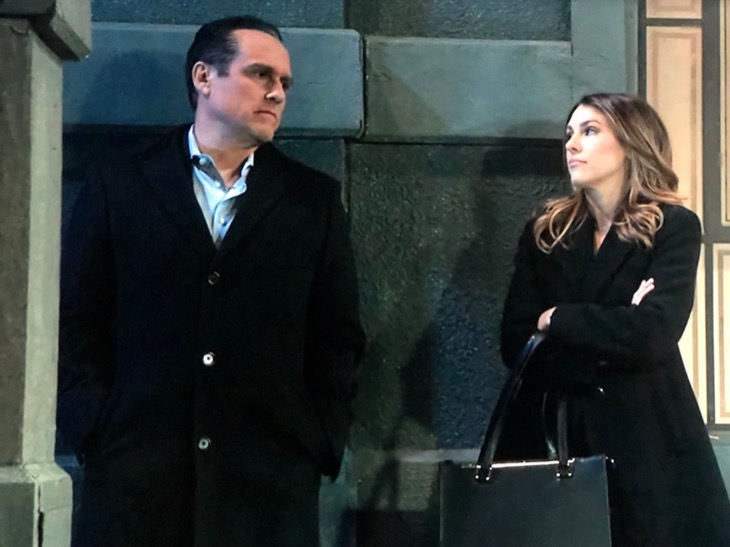 General Hospital spoilers tease that Jason Morgan (Steve Burton) sees the same behavioral clues as Carly Corinthos (Laura Wright) does in Margaux Dawson (Elizabeth Hendrickson) when it comes to Sonny Corinthos (Maurice Benard)! He tries to warn Sonny that Margaux may be getting too emotionally close to him, but Sonny won’t agree with his and Carly’s hypotheses.

Carly is jealous and feeling threatened because Sonny is vulnerable, and he’s cheated on her in the past when he’s been vulnerable. Both Jason and Carly are concerned that Margaux’s recent machinations may be flirting in disguise!

Sonny, of course, is so involved with his father Mike Corbin’s (Max Gail) cognitive deterioration due to Alzheimers Disease, and his flirtations with Yvonne Godfrey (Janet Hubert) Margaux’s barely a blip on his radar! He was of course grateful that she found Mike and Yvonne on their “date” at the Jazz Club and called him, as any friend would do! Carly’s jealousy went into overdrive and even that call was perceived as Margaux trying to get into Sonny’s pants!

Is it just the pot or does the looks Jason giving make it seem like Margaux might go fatal attraction here? #GH #MossBenard #StonerGH pic.twitter.com/GDfj685K5L

However, in a recent interview with ABC Soaps in Depth, Elizabeth Hendrickson talked about the future of Margaux and Sonny, and right now, it’s not a romantic thing, although she doesn’t rule out a coupling sometime in the future. Right now, she says Margaux is re-evaluating her life, much as Sam McCall (Kelly Monaco) did when she was married to Drew Cain (Billy Miller) and Jason suddenly reappeared!

I liked the way Margaux defused the situation at the jazz club & took Mike aside and asked him to name the top 5 jazz bands/artists. He & Yvonne were able to do that. I love that it made Sonny smile. #ElizabethHendrickson #MauriceBenard #MaxGail #GH pic.twitter.com/CeIYHNWA0X

Sam took time to figure out who she was and what she wanted, and Margaux is doing pretty much the same thing. Margaux is a broken woman whose whole world came crashing down around her when Sonny uncovered the truth that her mother was responsible for her father’s death, by ordering a hit on him when she had a years-long affair with his boss! She’s given up her vendetta and is in a stage of making amends, whereas Sonny feels sorry for her and hated that he broke her heart and her world with the truth. Sonny at the most is acting like a big brother needed by a much younger sister for support.

So will Margaux ultimately come between Carson and break them up? If she does, it will come by surprise to both her and Sonny, and likely a result of bonding as good friends first. Stay tuned to GH and keep checking General Hospital spoilers frequently to see if “Margaux in the middle” becomes a reality!